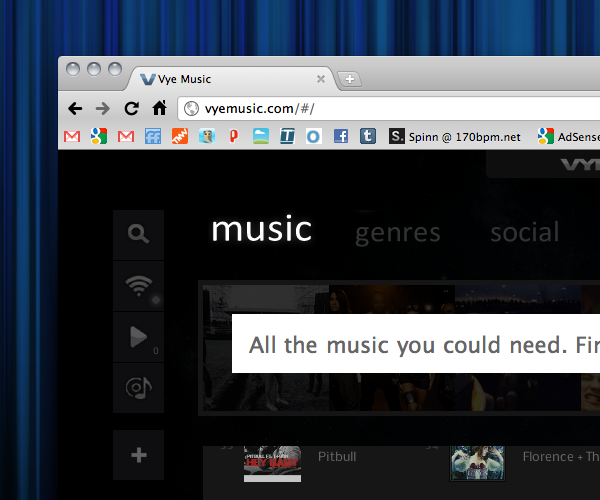 We’ve seen a number of services that are similar to Vye Music, but we’ve not seen one yet that looks as promising as it does. While most sites tend to pull from only one source or another, Vye Music takes a Spotify-like twist on its discovery service by allowing you to import your iTunes library as well.

While it’s not perfect, it’s very good. As a reader of TNW, we’re betting that you want to know about things even before they’re ready for public consumption, and Vye Music is exactly one of those cases. So, to start, here’s a video introduction of what the site can do:

As you see, it’s a slick interface, once you figure out where everything is. We’d like to see it simplified a bit, but it’s still on the right track. The YouTube integration is seamless, but we can’t say the same for iTunes. The problem with iTunes to YouTube is that, since it only plays what’s on YouTube, Vye Music will ignore anything that you import which isn’t there. It would be nice to have an option to play the track locally, perhaps with a visualizer filling the space for video.

Overall, it’s still worth a look. Keeping Vye Music on your radar is bound to be a good thing. The developer, 17 year old Charles Allatt, is hungry and talented. That’s a combination that we love to see.

Read next: Windows Phone 7 goes 'buy one get one free' on AT&T