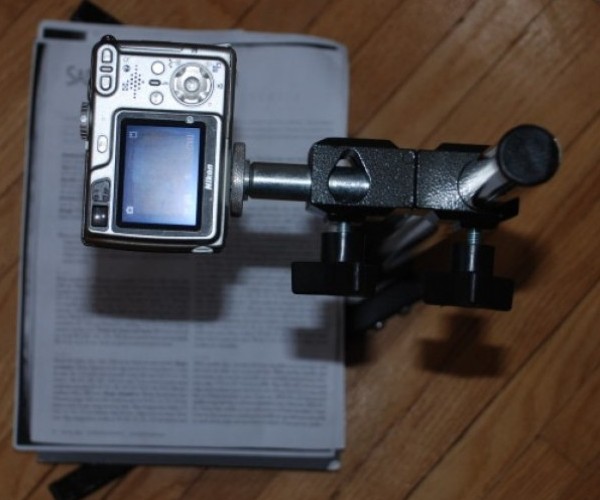 FotoNote is a super cool app for the iPhone and iPod touch allowing one to convert an image to electronic text using optical character recognition (OCR).

Hits: When reading a magazine, newspaper, instructions, receipts, business cards and receipts, FotoNote is a great way to capture an image from a printed item and store it electronically in using a variety of formats.

Misses: Lacks some cloud-based storage options such as SugarSync, Box.Net, and SpiderOak, which may be off-putting for some users.

Many apps exist which allow one to take images of documents using one’s iPhone.  Genius Scan (free) is a great one, but it lacks some important features, most notably sharing options which are limited only to email.  JotNot Scanner Pro ($.99) is a better option than Genius Scan in that it allows for scanning of multipage documents, receipts, whiteboards, business cards and notes into PDF files; email scans directly; fax scans to US fax numbers; or upload them to iDisk/WebDAV, Evernote, Box.net, Dropbox, or Google Docs.  Nice, but still not as full-featured as FotoNote ($1.99).

FotoNote converts an image to electronic text using OCR, widely used by business professionals.  One neat feature is that FotoNote brings this useful technology to the iPhone and iPod touch. Now even casual users can OCR their every day items like restaurant receipts for expense reports or tax deduction for example, or maybe take a screenshot in another app that you want to save the text.

Using the app is quite simple.  Download, launch, and choose a photo from your library or take a new photograph.

I opted to take a photo of a magazine  and the results were quite stunning.

After cropping, erasing unnecessary items, rotating if needed, one can edit a FotoNote.

Options for editing include changing the captured image to color, keeping it in black and white, and converting it to text.

After you’ve made your desired changes, one can export a FotoNote to Email, Facebook, the great Evernote, the great Dropbox, MobileMe and more.

In addition to the aforementioned features, FotoNote automatically tags your FotoNotes to make them searchable in apps such as Evernote.

FotoNote is a really grand app for anyone needing to transform physical documents into electronic ones,  and  I’ve enjoyed using immensely.   Check it, and if you’re so inclined, get it now with introductory pricing of only $1.99!  You’ll be glad you did

Read next: Video How to: Using iOS 4.2 on the iPad Part 1: Multitasking