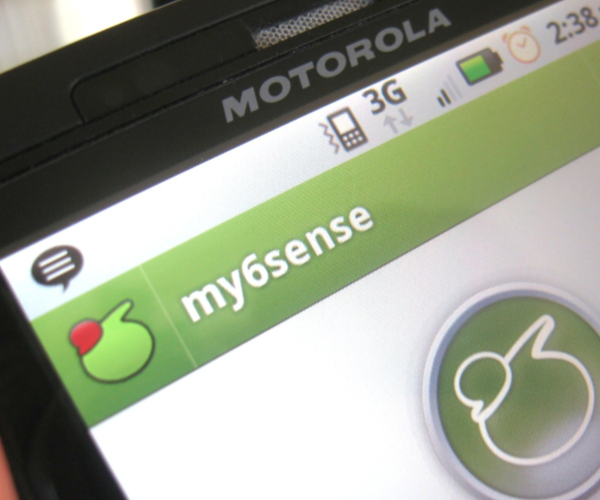 If you’re not familiar with my6sense, then please stop reading this and go read this first. As I’ve told many people before, there’s simply nothing out there that can compare to the intuition-based feeds that my6sense provides.

The issue that I’ve had with using my6sense as a primary client on my Droid X, however, has been in the fact that it’s a bit limiting because I could only share to my social networks previously. That’s now changed, though, with new updates that let you post directly to Twitter, Facebook or Google Buzz, instead of simply having to share items from  your timeline.

Of course there are some limitations. my6sense isn’t TweetLonger, so you’re limited to the 140 characters for Twitter (but that’s a good thing). Want to post something longer? You can do that with Buzz or Facebook by going up to 420 characters for each of them.

Beyond the ability to push updates, however, there’s also a new widget for my6sense. While I typically use TweetDeck for Android as my main Twitter client, I’m not at all a fan of the widgets choices. I like small (1×4 preferred) widgets, and I want them to display information for me.

The new widget from my6sense’s app allows you to choose between using Google Buzz, Twitter and Facebook, or the combined widget which will display the most relevant information from all of your sources.

my6sense is free, from the Android Market. If you haven’t tried it yet, you owe it to yourself to do so. Within a couple of days, it quickly became my favorite way to find the most relevant information for me and I’m sure you’ll find it to be the same for you.

Read next: Google needs to face facts: Nobody needs Chrome OS at this point