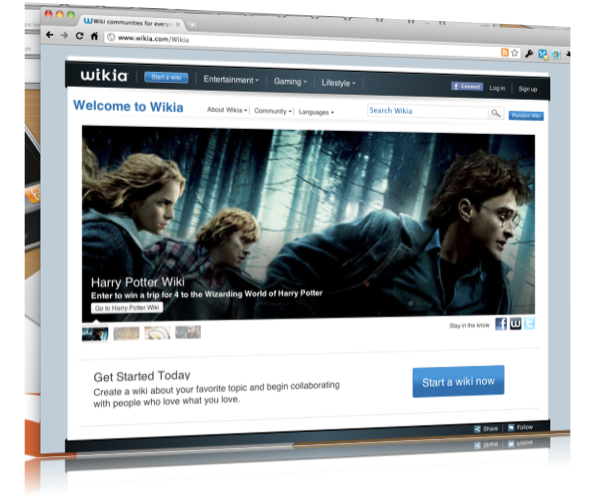 In a keynote at the Digital Hollywood Summit tomorrow, Jimmy Wales is expected to give more details on his plans for a newer, easier, more social Wikia. In an interview with The Guardian’s Jemina Kiss, Wikipedia-founder Jimmy Wales talked about how he wants to make Wikia (and wikis in general) easier to manage and create, as well as how to get Wikia editors to stay and curate the wikis they started longer. According to RWW some of the planned improvements include:

Better, easier editing I think is great. However in both The Guardian and ReadWriteWeb’s posts, the topic of “game mechanics” and “stickers” came up.

This is where I think we’re coming up on the social-media-sticker-gathering shark on our waterskis at breakneck speed.

Although I’m not a huge fan of wikis, that was mostly from the lack of WYSIWYG editors and often the clutter that seems to accumulate when groups create wikis together. Wikipedia, on the other hand, I use almost daily. Wikia? I think I can count on one hand the number of times I’ve been there. Wikia has been around since 2004 but still has only 2,000,000 members, hardly a huge member base to build an information portal on. I don’t think adding easier editing and stickers is going to help it much. However if his software could be licensed and used to build company intranets, extranets, and platforms for writing rich documentation, websites and collaboration tools—that would be something cool to  see.

Just have to wait and see what the full announcement will look like tomorrow. We’ve sent and email to Wikia media relations to see what additional details we can get on “Wiki 2.0”.