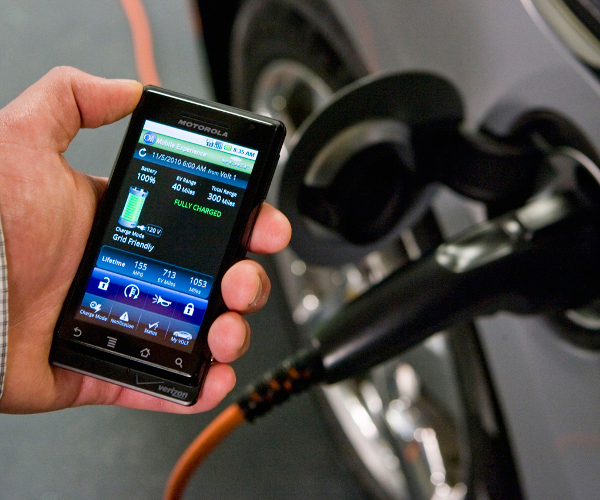 OnStar and General Motors have released a trio of apps that enable owners of 2011 Cadillacs and select 2011 Chevrolet models to control and monitor their cars from their smartphones.

The apps require an active OnStar account of course, which comes standard on many GM models (for 6 months). How well the apps work in everyday life we’re not sure, and probably won’t be until more reviews start rolling in on the app pages. That said, the apps certainly seem to offer a lot of functionality and look nice. Functions include the ability to monitor gas levels, tire pressure, check-engine-lights, find dealers, set parking reminder (with remaining meter time), access to the car’s owner manual, and of course locking and unlocking of the car, as well as engine start.

Again, how all of these functions work, we’re not sure, but it’s still good to see car makers and services like OnStar rolling these types of smartphone apps out. We’ve included a number of screenshots below (more than usual) because they really do tell a thousand words. One last note: these apps will only work with 2011 models, and number of the still limited reviews on the Apple App Store are complaining that it should be backwards compatible, at least to 2010 models (also these apps are the follow up apps to the Chevy Volt app shown in the picture above).

Search for “OnStar MyLink” and “myCadillac” / “myChevrolet” to find the apps in the Apple App Store and Android Market.