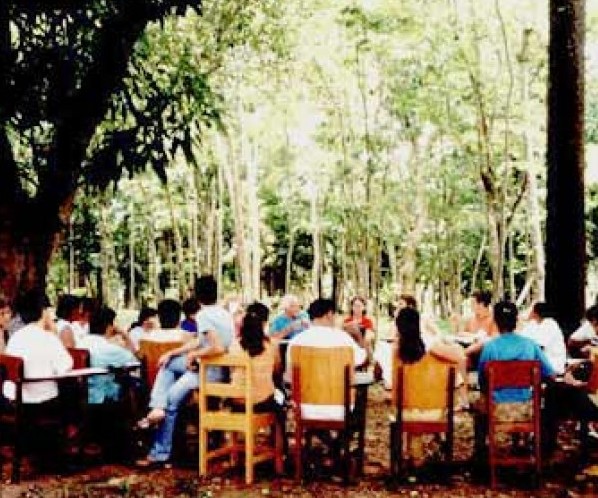 With the first semester of classes at many schools reaching their half-way point, that means mid-terms have arrived, some students are furiously seeking others that not only went to class, but who also attempted to learn something while there.

That said, doing so can be difficult for several reasons.  First, your friends may not be taking the same classes as you, leaving that option closed.  Second, if you have not attended the class you now face an upcoming exam for, how will you know which individual(s) are available to assist you?  Finally, and perhaps most importantly, if you do have a contact from the same course, you may find their willingness to assist you is non-existent given your penchant for laziness and their desire to actually get something out of the class.

Be you the individual who needs copious amounts of assistance in a particular field of study due to your lack of class attendence, or the individual who wants to increase the level of knowledge already gained, OpenStudy is for you.

OpenStudy began as educational research out of Georgia Tech. The research led Ashwin Ram and Preetha Ram and their former student Chris Sprague to found OpenStudy with the financial support of government grants from the National Science Foundation, Georgia Research Alliance, and National Institute of Health. In January 2009, Phil Hill joined OpenStudy as CEO.

The site, recently open to all, has partnered with MIT OpenCourseWare to provide additional assistance to students.  Moreover, in just a few short weeks since its public launch, OpenStudy features users from over 1,500 schools in 138 countries. 90% of questions asked have already been answered, with an average of over 5 collaborators per question.

OpenStudy has matched MIT engineering majors with high school students aspiring to be engineers in addition to connecting people learning English in China with people learning Chinese in England, and more.  The site’s biggest study group is MIT’s Introduction to Computer Science, with over 3,000 members. So if you’re interested in learning programming (hand raised), you’re no longer alone—you have one of the world’s biggest classrooms to turn to—any time, anywhere.

Getting started with OpenStudy is simple.  One can elect to sign up manually or login via Facebook.  Once that’s complete, one can select study groups to follow:

The next step is finding people with like minded interests, or inviting your friends, classmates and/or colleagues to OpenStudy via email:

That’s it!  Now you can view your home page where you can pose questions, get updates from groups you’ve joined, create your own group and more:

So where does OpenStudy go from here?  According to Jon Birdsong at OpenStudy:

“We are partnering with content providers and offering them social learning communities. This gives their students/users an environment to connect with each other, get real time help, and join a community of students already assembled who are studying similar material.”

Unlike Q&A sites such as Quora, OpenStudy is geared more towards a specific type of individual, those currently in school, or those wishing to further their education through interactions with those associated with educational institutions.

Much like Chegg, which aims to save students money on textbooks, and schools using the Kindle to make learning more interactive and fun, OpenStudy is another example of technology’s positive impact on education.

OpenStudy is a grand service and one that yours truly wishes existed when he was in school.  If it had, that GPA might have been a tad bit higher.

Want to more?  Check out this slick video put together by the good folks at Open Study: