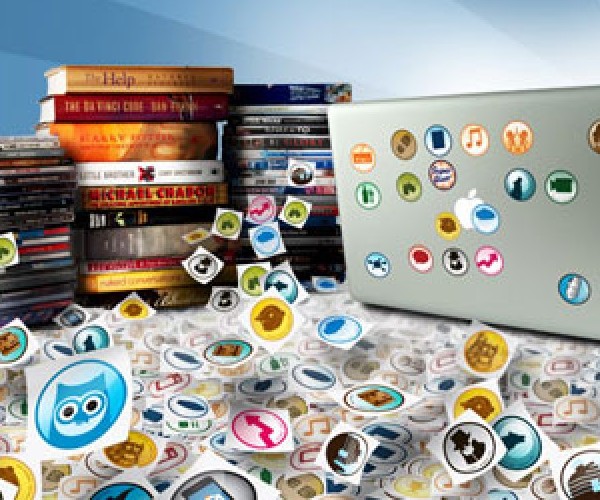 GetGlue, the media check-in service which recently announced major new growth and exclusive new rewards for users, has even more goodies in store for fans of  shows on certain networks, and more.

The first new partnership is with USA Network.  GetGlue has partnered with USA Network and as of today, fans of USA’s top shows will be able to earn exclusive rewards for checking-in via GetGlue. In addition to branded fan and superfan stickers for Psych, Burn Notice, White Collar and Royal Pains, there are secret stickers to unlock and fall premiere stickers to earn for Psych and Burn Notice (Nov 10 and 11, respectively). Characters are also welcome to unlock the USA Network fan sticker.

Next up is a partnership with 20th Century FOX. GetGlue users will be able to earn exclusive stickers for upcoming movies Unstoppable and Love and Other Drugs. Fans can collect three stickers for each movie: a trailer sticker, available before the movie hits the theaters; a special sticker for those who watch the during its opening weekend; and a sticker that rewards fans for watching the movie in theaters after the opening weekend.

For those who are sporty, in particular fans of the ESPN E:60 program, launching today is the app’s first sports network partnership. GetGlue will be working with ESPN to provide exclusive rewards for their primetime newsmagazine show E:60. Fans of the show can climb their way through the ranks, first becoming a Rookie and then earning the respected All-Star title before working toward the elusive Hall of Famer moniker. Additionally, there are secret stickers related to favorite segments from the show.

To round it out, GetGlue is getting spooky just in time for Halloween.  Syfy is doing a live event for Ghost Hunters this Halloween. This six-hour Syfy-exclusive special is sponsored by Dodge. Jason, Grant and the rest of the TAPS crew will meet the apparitions and spirits in the halls of the Buffalo Central Terminal. In addition to the Syfy television broadcast, Syfy.com will deliver the event online with four exclusive video feeds, live chats and special reveals about the location during the hunt!

Syfy is setting up a special interactive page for fans to participate in the event in real-time. Part of the page will be exclusive GetGlue integration, including stickers and check-in widgets. Ghost Hunters fans will be able to check-in to the show right from Syfy.com and will be able to interact with other GetGlue users. The set of the exclusive stickers will include the sticker for the infamous Panic Button, and a special reward for fans who check-in to the show between midnight and 1 am.

After announcing their social network saw 10 million unique check-ins for the month of September, a more than 600 percent growth rate since January, GetGlue shows no signs of slowing down in the race to dominate the world of media check-ins.  If you don’t have GetGlue, pick up the app for your device here.  If you are a fan of GetGlue, what do you enjoy most about the service?