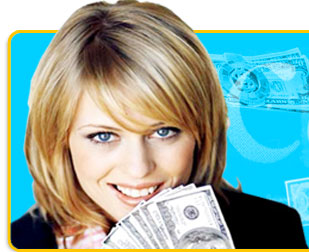 A number of very smart people believe that the winner in geosocial will be the company that is able to provide the most financial incentives to check in.

And it’s not just talk.  Many of the leading lbs apps are racing to provide the infrastructure that will allow check-in rewards to propagate.

Gowalla just added self serve claim and deal creation for local merchants.  SCVNGR is trumpeting their 12,000 locations offering rewards, and Foursquare, of course, has stated that they see reinventing local coupons as one of their core missions.

It’s hard to dispute the logic.  Why on earth would people voluntarily publish their location if not to get free stuff?

Since the original Internet bubble of the late 1990s, there have been a steady stream of companies attempting to grab market share by paying users to engage.  iWon.com was a search engine that paid you to search (a tactic later copied by search also ran Microsoft.)  We’ve also see paid reviews sites (hey, I founded that one), paid social networking sites, paid status updates, paid blogging sites, paid video upload services, and pay to surf companies.

What’s interesting is that none of these companies won their category.

Nobody’s denying that there’s a murky little corner of the web where “get paid while you surf the web!” thrives – we’ve all seen the blog spam.  But the point is these services haven’t won – far from it.  On the web, end users have resoundingly chosen user experience, utility, and scale over paid rewards.

Which brings me to geolocation.  I see location sharing as two parts self expression, one part utility, one part game, and one part urban diary.  People that I know who are prolific users of check in services aren’t in it for the money.   They’re in it because they express themselves through the places they go, they like the idea of serendipitous meetups, they like keeping track of the places they’ve been, and increasingly, they’re hooked on the game mechanics.  I don’t know anybody who does it for the free stuff.

(But then again I don’t know anyone who uses coupons, but Valpak does a few hundred million in revenue a year).

So what’s it going to be?  Is the geosocial landscape a fierce little skirmish to see who takes some of Valpak’s coupon revenue?

Or is location more fundamental than an exciting new coupon delivery channel?

My suspicion is this: we are just scratching the service in terms of how location will be integrated into existing behaviors, and that the market and use cases for geosocial are far broader than the coupon delivery race that we are now witnessing.

With many of the fledgeling geo startups seemingly focused on local coupons, perhaps there is an opportunity for some new perspectives to emerge.

Read next: Android app forwards SMS to another phone - after being secretly installed