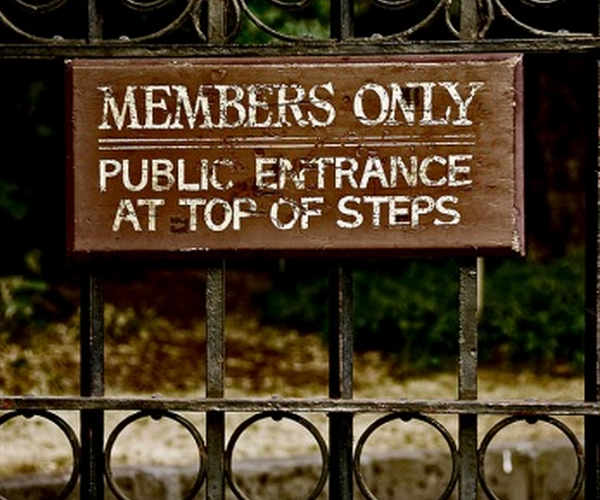 There is something about the internet that consistently creates interesting applications that do little, and yet force action from more people than you would ever expect. Remember MillonDollarHomepage and its massive impact despite doing nearly nothing at all?

There is a new application that is bubbling beneath the surface, an app that does so little it is a mockery of its larger inspiration. Enter Are You In The Club?

The idea was hatched by John Kershaw who coded the whole deal (it probably took 37 lines of code, leaving him plenty of time to blog about his work), and took it to profitability in just 7 hours. What does it do? For $1 you can have your name on the list of people “in the club.” The list is public.

You may be thinking that this is the stupidest, worst idea ever, but you have to admit that exclusivity has a draw all its own. Oh, and one more thing, the faster you sign up, the better your number will be. There are 44 members in the club right now, and since I just coughed up my $1 I am hoping to be number 45. If you join you will be number 46, and will thus be less cool than myself. That is how this sort of things works, right?

Let’s get into where this wonky idea came from:

I’ve been toying with having an exclusive (very pretentious) collective online for a while. It was talking in the hallway about this idea with house-mates this afternoon that I made a joke that turned into this evening’s start-up.

What if you have a club you had to pay a dollar to be a member of, but all membership gave you was your name on an official and public list of members?

Yeah, it’s not the next Google, but as it has cost the creator a mere $22 or so so far, and as people are continuing the sign up (like myself, the sucker that I am), you have to admit that Mr. Kershaw picked up on a very important (and profitable) part of the human psyche: I want to be better than you in whatever way I can, no matter how inane. The idea has bought him lunch so far, and if it goes viral might by him a new suit. Good luck, John.

– Update: John put together a cartoon outlining his business model. We hope that he will pitch this to VCs just to watch their faces twitch. It deals with the fact that after joining the club you can invite your friends:


Read next: The FCC will look into cellphone bill-shock