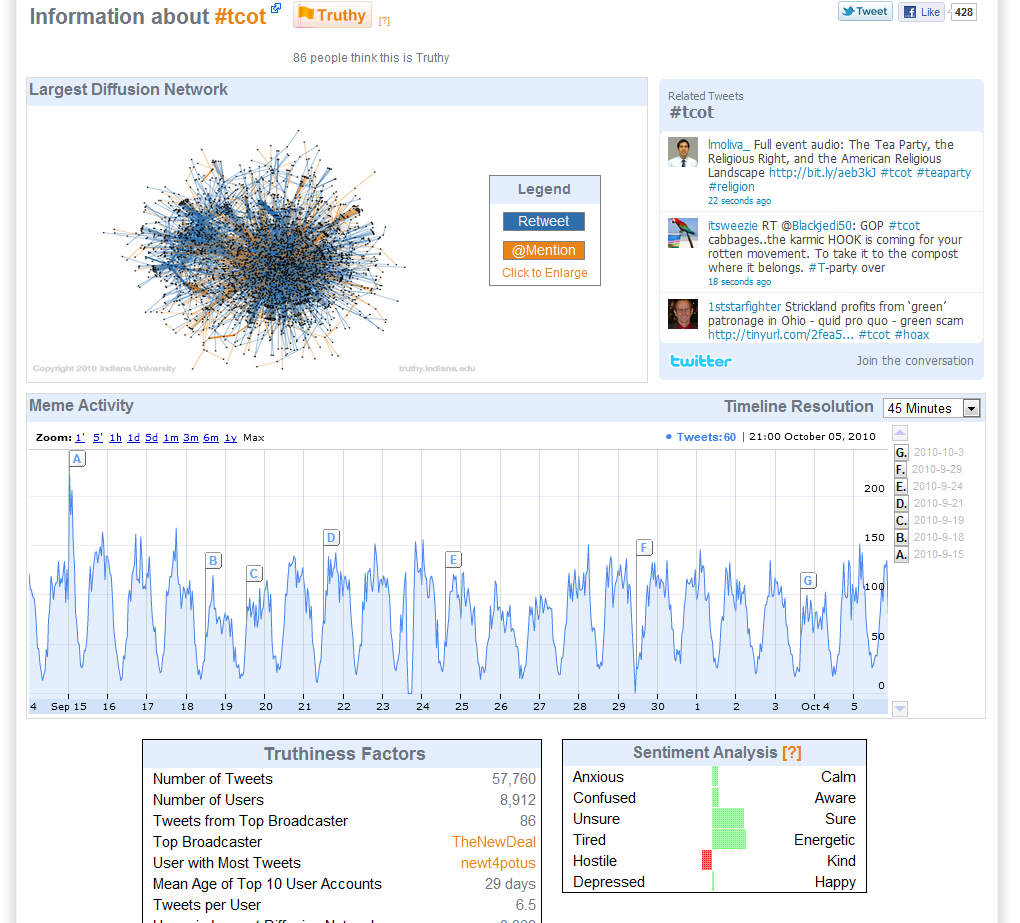 With the next round of US elections just around the corner, the country is hotly debating who the nation’s next set of leaders should be. This hoopla means that revelations about candidates are sure to come onto the social media scene.

The problem is that many of these supposed revelations are sure to be smears by political operatives with an agenda, making it hard for the average Joe to parse through the noise and find out just what is organic, and what is not. Enter the idea of ‘truthy,’ a “meme [that] relies on deceptive tactics to represent misinformation as fact.” The more truthy a meme is the worse that it is, put generally.

Truthy, an aptly named application, sorts and grades political information from across Twitter, allowing people who follow such things to access deep historical data of any particular revelation. Truthy also displays just how ‘truthy’ each tidbit is, flagging the most dubious ones.

As politics and social media continue to collide, a clearer view of what people are saying, where their ideas originated, and who first began these political memes is going to become all the more important. This is the view of a meme that Truthy can serve you:

The data accretion that the application has completed is impressive, and its display of the information is simple and engaging, but the application still has a flaw. Remember when I mentioned that each meme is ranked as truthy or not? That element of the service is crowdsourced, meaning that it is easily gamed by politically minded users.

I picked the #TCOT tag for the example above because it has been dubbed truthy by some 86 people. I may agree with their assessment, but for the application to make that claim, I would hope that they could eat their own dog food and come up with a much better method to make the biggest determination on their site: whether a meme is correct and organic, or misleading and false.

Still, leaving that aside, if you are a political junkie searching for a way to track the biggest political revelations on Twitter, you can’t beat the data that Truthy has for you to play with and sort. Get to it!

Thanks to Absolut for the top image.

Read next: Twitter Statistics: Retweets Ain't What They Used To Be?