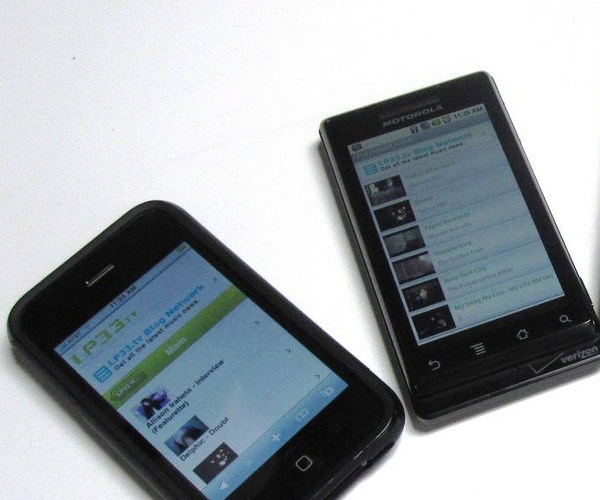 iSites is an application creator that, with its new features, lets you create an HTML-based application for mobile platforms in minutes.

Love It: Solves the issue of App Store waiting times. Simple to use. Great results.

Hate It: It’s still, essentially, a web page and that limits what you can include. Best suited for blogs/news sites. More in-depth features are still better served by dedicated applications. As I was walking the floor in San Francisco last week, I was approached by a guy named Raju who has a product called iSites. The deal with iSites, said Raju, is that it lets you instantly create a mobile site that works almost identical to an application for the iPhone, Android or iPad.

Now, we all know about formatting your website to work as an application, but iSites is taking that idea a few steps further and has done a great job of making it look slick as well. In fact, the end result is so impressive that I’m starting to see many more uses as time goes on. The great part? There’s no approval process required, so you can literally have your “instant application” running in minutes.

However, enough of my jibber-jabber. Have a look for yourself:

As you can see, building your app is really simple. I played around with my own iSites app for an hour or so and I found it to be robust enough for my personal website, where I host a podcast and do occasional updates via WordPress. I love the fact that you can import RSS, or add content directly from iSites itself. Apparently I’m not alone, either. UC Berkeley, Vans skate shoes, Harvard Magazine and more have already decided on iSites for their web-based mobile apps. The only real problem that I have with iSites is the fact that it will cost you $10/month to continue to host your instant application.

With the built-in sharing features such as Bump and Twitter and the ability to monetize via advertising, iSites certainly has a strong position in the space. It will be interesting to see what it does, moving forward. This raises the question that only you can answer: is an HTML mobile site, even when properly formatted, robust enough to be called an application? As iSites works to blur those lines, you’ll have to decide for yourself.

Read next: Google TV: NBC, HBO, Netflix and more added to the launch