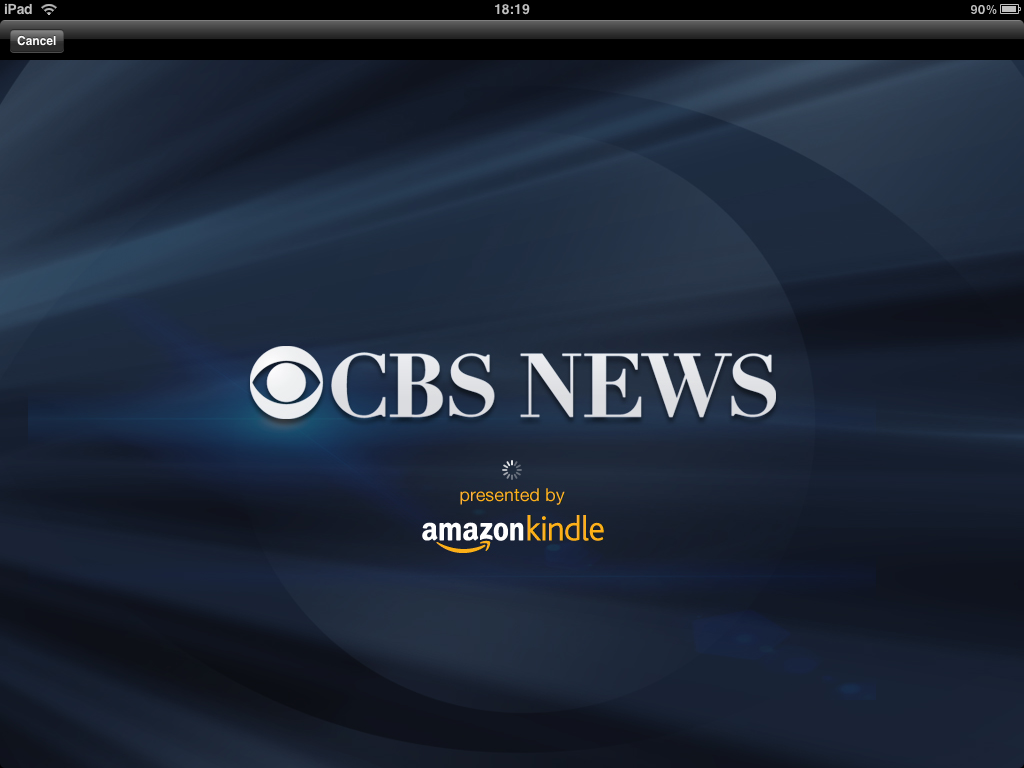 Amazon is certainly taking a double-edged sword approach to the iPad. On the one side, Amazon is making commercials going after the price and reflective screen of the iPad, while on the other side the leader in ebooks has an iPad app and is apparently acting as the primary sponsor of at least one iPad app: the new CBS News iPad app (iTunes link).

The app itself is pretty is pretty standard for a news app, though the video quality is pretty decent. The app is broken down between a “News” and “Shows”, with “News” further broken down into Top News, Videos, Popular News and Galleries, and the “Shows” include the CBS Evening News, The Early Show and Sunday Morning, among others. The app also provides a market watch function from CBS Money Watch as well as a nice AccuWeather integration.

That said, Amazon Kindle is all over the app right now (see the screenshots) – it could of course be a limited time deal, but right now it is seemingly the only advertiser. Obviously, there are thousands of iPad apps, and even if Amazon sponsors a hundred, it really would still only be a fraction, but still, it’s very interesting to track how Amazon is tackling the iPad, from rolling out a new Kindle at a much lower price, to releasing its iPad app, to commercials attacking where it can, to sponsoring the news app of one of the networks.

What side of the sword will Amazon sharpen next?