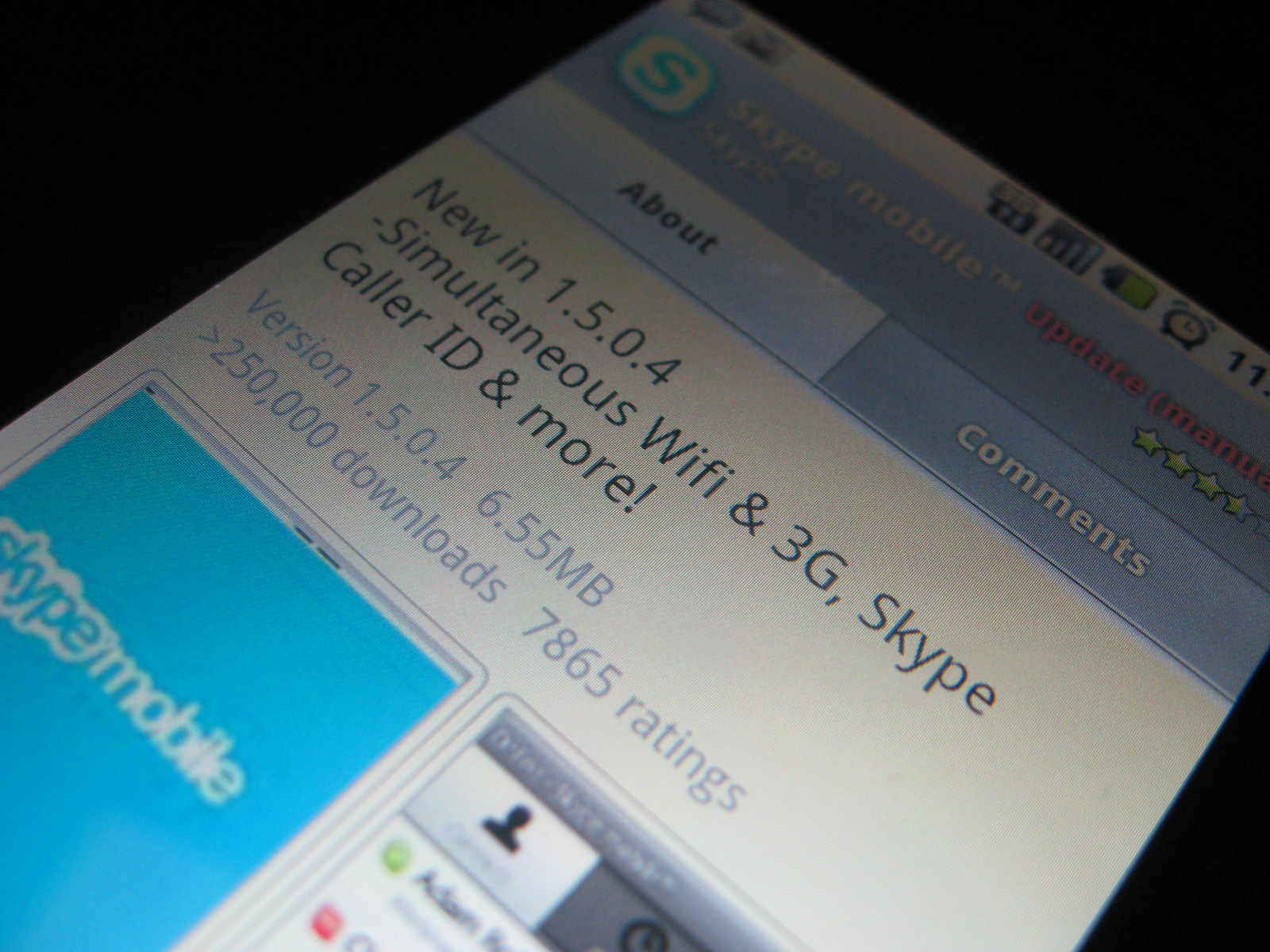 Yes, I absolutely meant to end that with an exclamation point. From day one that I downloaded Skype on my Droid, I have been frustrated by the fact that it would only work over 3G and not over WiFi. Finally, the cries of many have been answered.

According to Android Central, and verified by my download from the Android Market, the newest version of Skype for Android allows for simultaneous WiFi and 3G connections. No more disabling your WiFi just to run Skype!

The caveat, of course, is that it’s still only for Verizon users (for now). But if you’re paying your monthly dues to the big red V, you should head to the Android Market and get to updating.

Update: Interestingly, as one commenter points out, Skype will not work over WiFi. It still requires that you have your 3G connection enabled. In my haste and excitement, I read the introduction screen wrong and assumed that it would work over WiFi. However, it is also worthy to note that I am not the only one who made that assumption, and the introduction screen text has now been changed in the Android Market .