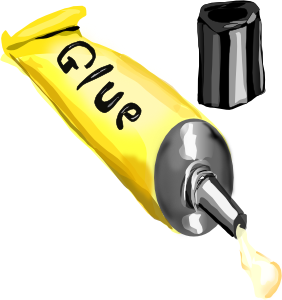 GetGlue, a social network for entertainment, with > 5M unique ratings and check-ins for shows, movies, music and books every month, recently launched an Android app and new mobile site, now has something new to offer for those of you who love music.

Today GetGlue has announced their first set of branded rewards for music fans – Maroon 5 Stickers. Maroon 5 is the first band to announce their stickers. According to GetGlue, there will be an “exciting pipeline of recording artists and bands that will follow with unique rewards in the coming weeks.”

The music addition is a grand feature, but why Maroon 5 you ask?  GetGlue’s Maroon 5 stickers are aimed at promoting the Maroon 5 2010/11 tour and their upcoming new album called Hands All Over.

How does one acquire Maroon 5 stickers?  Glad you asked.  According to GetGlue, “The basic fan sticker can be earned by checking into Marooon 5 using GetGlue apps or GetGlue.com. The other three stickers – superfan, a tour sticker, and the Hands All Over album sticker are secret. Maroon 5 will be giving hints on how to earn these stickers via their Facebook and Twitter accounts as well as during the actual tour.”

The fun doesn’t stop there though, with GetGlue announcing an additional batch of new rewards for fans of various networks and the shows thereon, including: HBO, Showtime, PBS, Universal Pictures, Warner Bros Home Entertainment, Random House, Penguin, Simon & Schuster, Hachette, Barnes & Noble and others to reach and reward their fans.

The first of the new, aforementioned, partner updates are with HBO.  GetGlue is working with HBO to provide exclusive rewards for fans of upcoming HBO shows, including Boardwalk Empire.  As of last week, GetGlue has a permanent unit on the True Blood home page, encouraging fans to check-in while watching to earn exclusive stickers from HBO.

GetGlue is also unveiling new HBO rewards that tap into HBO characters. To earn these stickers, users need to like their favorite shows, characters and stars.

Other partnerships include  HGTV, which now offers stickers for the fans of their popular House Hunters show, and Showtime, where the new season of Dexter begins at the end of September.  GetGlue will be providing an exclusive sticker for the season premier as well as other exclusive rewards throughout the season.

Finally, and for those with an iPad this is grand news, GetGlue for iPad will be launching in early September.  Another way to access GetGlue’s already great features.

Are you a GetGlue user and if so, how do you access the service?  If you are so inclined, you can follow things I enjoy by clicking here.  You don’t have to, but it would be nice if you did.

Read next: Busted...In the newsroom .