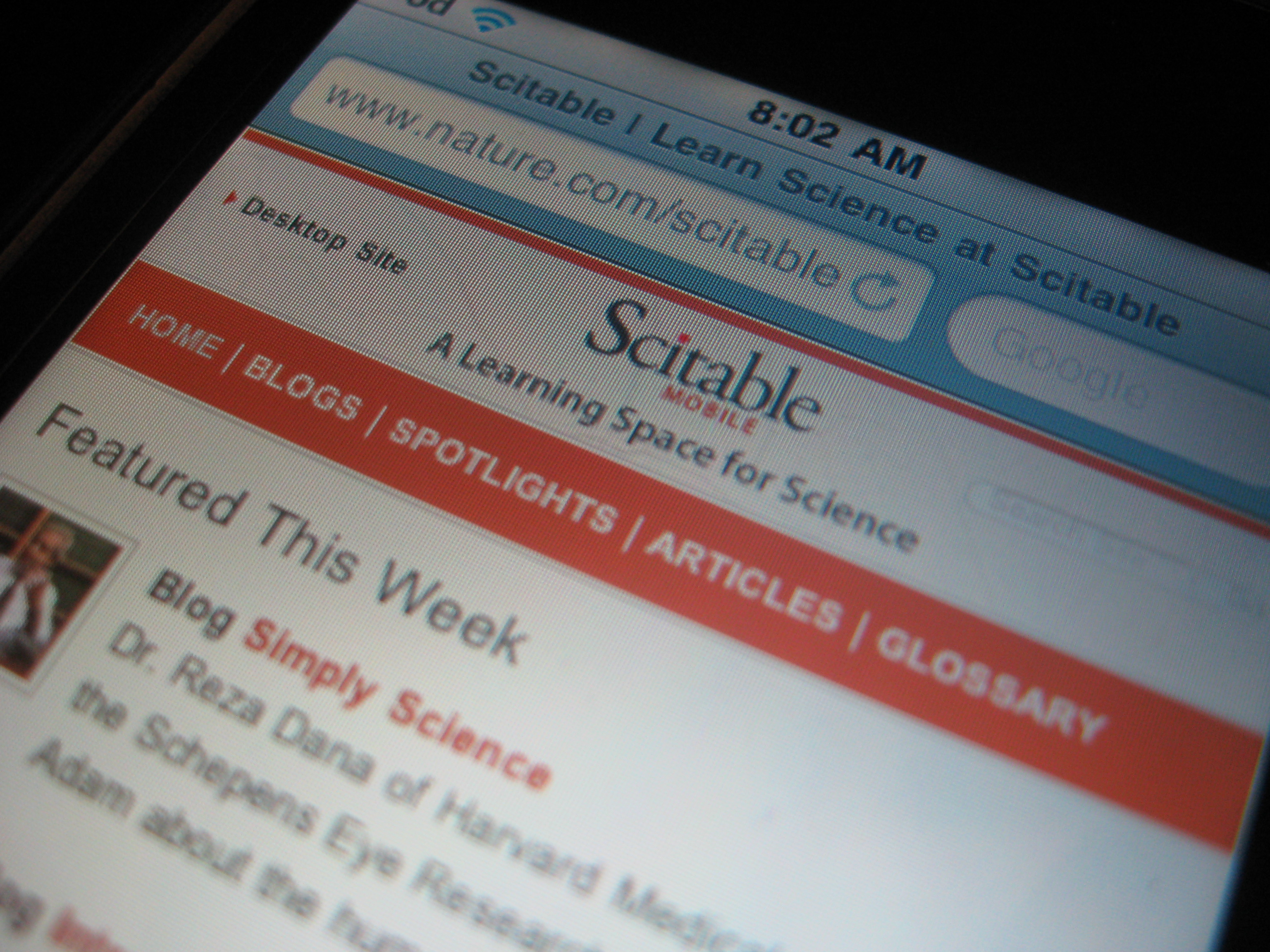 At the beginning of August, we went out on a limb and told you about a social network named Scitable. The going on a limb part was because it’s a very niche site that caters primarily to those interested in science. Little did we know how well it would be received.

According to Vikram Savkar, SVP and Publishing Director at Nature Publishing Group:

“We’ve been working to find a way to put our high quality content library in the hands of the millions of students throughout the developing world who don’t have consistent access to personal computers and broadband. With the launch of our mobile site, any student with a cell phone, even a very basic device, has access to a simplified version of the site that includes a wealth of quality, citable information.”

While that’s certainly true, those who have more advanced smartphones are treated to an even greater amount of content, including full video and audio capabilities, a built-in glossary and in some cases full ability to use Scitable’s networking system with fellow students.

Overall, it’s a really clean (if somewhat plain) mobile site. But the true story here is ease of access to an increasing number of people. For that, Scitable is certainly to be commended.

Read next: GeekStyle: What's Hip and What isn't