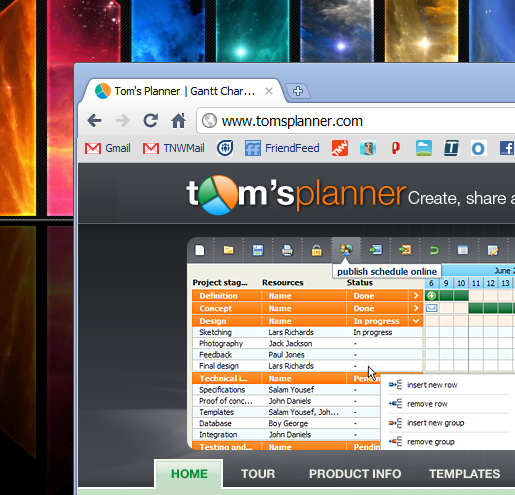 A couple of months ago I had the opportunity to look at Tom’s Planner up close and personal. Shortly thereafter, I named it in my short list of must-have applications for new businesses. At the time, Tom’s Planner was still in beta, with an expected full release at the end of July. However, as time has gone on, that release has been pushed back somewhat.

I just got an email from Tom (yep, it’s his planner) telling me the details of the now-confirmed release date, as well as the pricing tier. So, here’s the rundown:

The full release date is set for Sunday, August 29th. But there is some more good news as well: if you sign up between now and the 29th, you can get a free one-year beta account. Clearly, there is still a free option, but it’s limited to one project schedule. Here’s what Tom had to say about the new plans:

“We have opted to pursue a freemium-based business model for Tom’s Planner, and believe it is the best way to move the company forward. The free version allows new users to start working straightaway on their project plan, while users who require more advanced features like printing, online collaboration and multiple schedules, can easily upgrade to one of our paid versions anytime.”

So far, over 25,000 people have started using Tom’s Planner, and we’re pretty sure that there are more to come. It’s certainly worth a look, whether project management is old hat for you, or even if you’ve never done it before.

Read next: Turn your iPad into a personal training machine with ITGO HD.