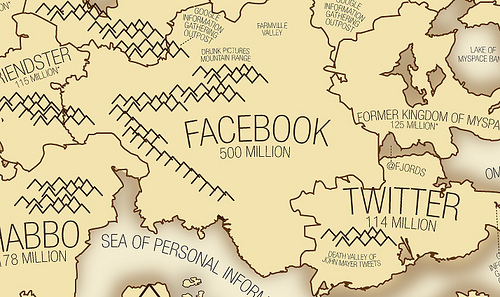 As the computer revolution took off and people like Bill Gates became successful businessmen the “geek is good” mantra became mainstream.  The 1980s and 90s produced a generation raised on video games and those people are now making a big impact in the world.  For all the controversy surrounding him and Facebook, Mark Zuckerburg was essentially trying to reach out to friends by spending his free time programming a website.

From The Big Bang Theory to Scott Pilgrim vs. The World to San Diego ComicCon we have seen nerd culture become mainstream.  The original Nintendo, Sega Genesis, Super Nintendo and Playstation were kids toys.  They had some adult users too, but they were always viewed as toys.  Fast-forward a few years and the Nintendo Wii is used by soccer moms and the elderly in addition to kids or adult gamers.  If nerds are becoming tastemakers and influencers in the world of media and culture, why not turn to them for other aspects of our life? This is where Epic Win wants to enter your life.  What is Epic Win?  Stated simply, it’s a todo list.  Don’t give up there, it’s also a game.  Splitting the difference between World of WarCraft and Progress Quest, Epic Win lets you keep track of the tasks in your life, as menial or important as they may be, and help your character level up, find loot, and explore a fantasy world.  Just like in a game you create a character (such as a dwarf, tree folk or warrior) and complete quests.  The difference is that you choose your quests – they are your todos.

Each quest is given a point value for completion, say 50 for doing your laundry or 300 for that big paper or project at work.  You also choose which attributes of your character should be enhanced by each task.  Strength, stamina, intellect, social, and spirit are the available characteristics to be enhanced by completion of quests.  Long, boring chores could enhance your stamina.  Going to a party could boost your social skills.  Studying might fall under intellect, unless it’s a boring task and then it could be stamina.  As you complete more quests you find loot, little rewards for your hero.

There are a number of strategies for organization and task management – Inbox Zero, the Pomodoro Technique, sticky notes and notepad windows, and even a number of mobile apps.  Things is a great application and using it on my iPhone has made a big difference in my own organization but sometimes it just isn’t fun.  Not that everything needs to be fun, but sometimes a generic todo list is just not the way to succeed.

Foursquare and Gowalla have taken running errands and going to new places and turned them into small adventures – even if it’s just finding a new dry cleaner.  Steve Jobs has said that the iPod Touch is “the funnest iPod ever”  – a term that would probably never have been applied to a music device or computer in the past.  The beauty of the digital world and especially the touch screen devices is that they are literally blank slates, able to be configured into whatever specialized piece of equipment you need at the moment: spreadsheet, notebook, messaging client, web browser, photo viewer, space ship or F1 race car.  Geek is good and geek tools are making our lives more interesting is unexpected ways.