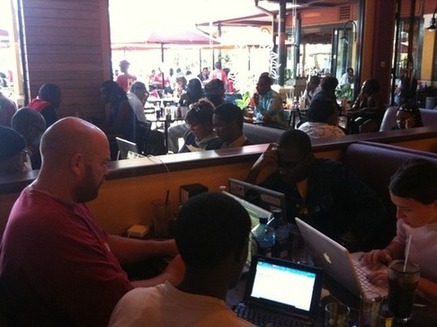 Ushahidi, the open source project that displays crowdsourced crisis data on a map, has today evolved from a downloadable software package to include a cloud-based free service called CrowdMap. With this move, CrowdMap essentially becomes the WordPress.com of Ushahidi (i.e. Ushahidi is WordPress.org).

For crisis mappers, emergency responders, and those interested in helping out in times and places of crisis, this is a huge announcement.

While the Ushahidi software package has a small footprint and is relatively easy to install, in order to get a working installation going – especially the first time you try to do it – can take hours. In a world were crisis data starts flowing seconds after things start happening, hours just doesn’t cut it and Ushahidi obviously knew this (for major disasters such as the Haiti earthquake, Ushahidi’s team took it upon themselves to put up the instance – which still took them over half an hour in its most basic form – and which obviously isn’t scalable).

Promising that it will only take about five minutes to set up a subdomain on CrowdMap, the Ushahidi blog says that:

Beyond the simplicity of the system, as well as being based on a battle-tested software, the real main benefit of CrowdMap is that when something happens, people will know where to go to add new data and see it as it comes in. Right now, the homepage of CrowdMap introduces the service to people, but another option in the future might be to start with a world map that shows crisis hotspots (determined by geo-tagged data), or perhaps just a listing mechanism for all of the subdomains. Regardless, this is a great start.