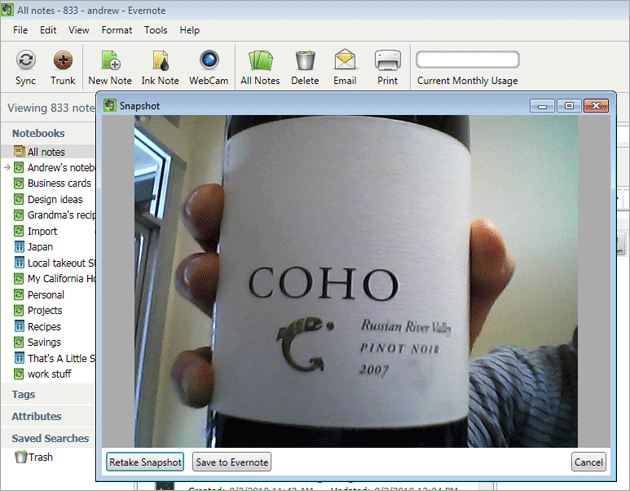 Evernote has updated its Windows desktop app with a number of back-end improvements as well as one key new feature: taking notes with you laptop’s webcam.

The feature (like so much of Evernote) is pretty straightforward: hold something up to your webcam, take a snapshot, and Evernote will save the note for you. Of course, you can also turn your laptop/webcam around to take pictures of things other than your face or something you’re holding up. Evernote says that they tested as many webcams as possible, but doesn’t guarantee that all webcam models will work.

You can download the new Windows desktop app now.