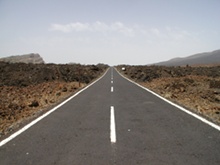 For Android users, we have this certain love/hate relationship with the Android Market.  Though we love the applications that are in it, the market itself leaves a few things to be desired.  Applications such as doubleTwist for the desktop have tried to make things better, but being tied to the Market itself keeps them from ever going far enough.

Appoke doesn’t have that problem.  By completely bypassing the Android Market, and creating its own source for applications, Appoke allows much more functionality without any of the issues.

Appoke – Social App Store for Android from Appoke on Vimeo.

Appoke is an alternative to the official Android Market, where developers can submit their apps, then Android owners can download them.  Nothing too fancy, eh?  But this is where Appoke gets really interesting.

There’s a social media aspect to Appoke, and that’s what really sets it apart.  Once you’ve installed the Appoke application, you can find out what your friends are downloading, leave real time comments and even install applications via your web browser.  These are some features that are sorely missing from the Android Market itself. For developers, there’s a better chance to get your application seen, as Appoke has live feed updates that refresh every time that someone interacts with your app.  Also, you can get real time feedback, and the recommendation system is a huge plus.  Users are able to send suggestions to their friends, instantly and easily.

For now, Appoke is in a private beta, but being the loving tech website that we are, we’ve managed to round up a few beta keys for you.  Obviously, you won’t be able to download Appoke from the Android Market, so you’ll need to enable your device to install applications from other sources.  Once you’ve done that, head to http://beta.appoke.com and use the code “thenextweb” to sign up.  Only the first 20 are assured to get in, so you had best move quickly!

Read next: Hulu announces $9.99 subscription service Hulu Plus in HD, coming to iPad!