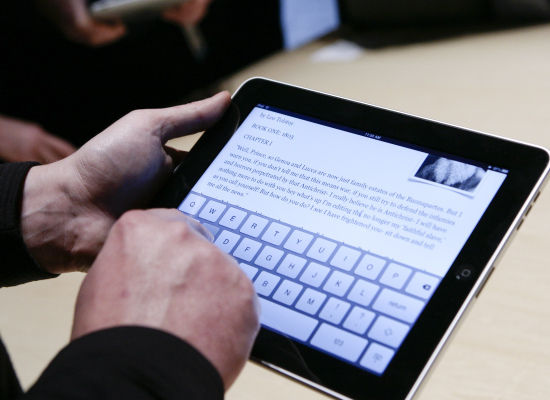 To get all the disclaimers out up front, I write religious commentary for the HuffingtonPost. I don’t do it very often, and I don’t get paid for it. It is merely something that I am interested in and do for fun. That this article concerns them is just their bad luck.

As a recent convert to the iPad world view, I have been hungry to discover the best uses and tools for the gadget. It has been a fun hunt; the developers of the world have been working overtime to craft some amazing applications for the iPad. I love to use their work.

As an avid reader of the HuffingtonPost, which is probably my number one read source in Safari on my iPad aside from TNW, I was quite excited to learn that they had released an iPad application. Perhaps I was a bit over excited, because the application, while still in its first version, is not something that I will use.

Me, perhaps their exact target demographic with the right gadget, dislikes their application enough to prefer the normal browser version of their content. Why is that? Their website does not need help, and their iPad application has had important features stripped out of it like fat during a long liposuction session.

To keep this post short, and to avoid me doing a regular and talking for an hour, let’s break this down. On the web version of the HuffingtonPost on my iPad I have never had a single problem aside from the occasional Flash induced episode of content exclusion. Zooming and panning around the site is fun, and I can use all the sites features. I can search, for example, something that I tend to do online.

On the iPad version of the website, the content loads more slowly than on the normal website, there is no ability to zoom in on text, Flash content is of course still broken, and there is no search capability. The HuffingtonPost fell for the iPad trap, alas.

Many publications translate well to the iPad, newspapers and magazines are the best examples. Blogs do not. The Mashable application is an excercise in annoyance. The HuffingtonPost would do better to merely focus on upgrading their normal website to work well with mobile and touch devices than to devote those recourses into building new applications for locked down platforms that do not add value to what they already have.