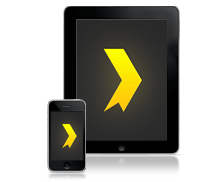 It’s been a painful experience for many an app developer anxiously awaiting Apple’s approval into the app store. Despite Steve Jobs claiming 95% of apps are accepted within 1 week, there are plenty out there who aren’t. Some app developers eventually give up, others hang in there, one of the latter is Read It Later.

Read it Later does what it says on the tin. It lets you save articles fast to read later on a variety of platforms; desktop, web, iPhone and now the iPad. The iPad app is packed full of awesome features that aims to set it apart from competitor Instapaper. While I’m still as confused as ever as to who to pledge allegiance to, these are just three of many Read it Later features you should know about:

Initially making its debut on the web version of Read it Later. Digest is a magazine like layout of the articles you’ve saved, automatically grouped into topics. Grouping is all done without any effort on your part but you are able to customize the groups if you so wish – you simply tell Digest what topics/tags you care about and it takes care of the organization for you. In addition to articles, the new Read it Later allows you to save video to watch later. Something that should come in very handy when videos have slowly emerged as the source of all my procrastination.

Read It Later on the iPad remembers where you left off in every article. Not just on the iPad, but everywhere.

Similar to the Kindle, your position is synced with every place you access Read It Later. This means you can start reading an article on your computer, get up, grab your phone and pick up exactly where you left off.

Read is Later for the iPad is a universal app and available to download now. If you already purchased Read it Later Pro (itunes link) on the iPhone, you’ll be able to download the iPad version for free. Otherwise, it’ll set you back $4.99.

There are free versions (itunes link) of both the iPad and iPhone versions of Read it Later, albeit with fewer features. Find a comparison of the two here.

Read next: Kayak Explore is travel planning like you've not seen before.