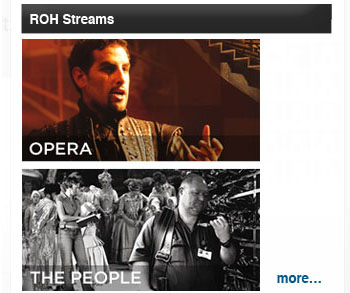 Audioboo, the ‘YouTube for audio’ service, has given us details of forthcoming Pro accounts it hopes will be snapped up by radio stations and other businesses looking to make their audio more social. Meanwhile, a newly announced investment deal will see the company’s services integrated into internet-connected radios.

The new Pro features launch later this month at an as-yet undecided price. Pro accounts will allow businesses to accept and moderate audio uploads from the public, automatically add branding to audio clips and present audio in ‘Streams’, essentially a playlist of related clips.

Audioboo CEO Mark Rock gave us a tour of the new features, which should make Audioboo an incredibly tasty proposition for any business that uses audio regularly. “A new feature of Audioboo is streams, which are sub accounts you can set up and let other people post audio into. You control the permissions on the stream, being able to make it wholly private, shared with a group of contacts or public so that anyone can contribute.

“They are a new, powerful way to get people to contribute and listen to your conference, call to action or private thoughts. Pro users get unlimited streams, with the ability to customize the page on which they are displayed with a banner, image, description and more.” “A core component of Pro is moderation of audio. A full web based moderation interface is included for streams that need it, meaning you can solicit opinion on your website (and soon through the app) and then only publish the best pieces of audio sent to you.

“It gives you the ability to very quickly listen and sort through audio, edit titles and tags and publish to the appropriate stream.”

Pre/Post roll audio stings
“A unique feature of Pro is the ability to automatically add a pre-recorded piece of audio to the start or end of your clip. This could be an audio ‘sting’ that strengthens your brand when listened to or an advert or sponsorship message. All you have to do is upload the audio to your account in advance of a recording and then choose it before publishing your audio to the platform. You can have as many different pre recorded pieces as you can successfully manage.”

Embedded Record
“Audioboo is not just limited to mobile devices. We currently support both web and email upload. A Record/upload widget is included as standard for Pro customers. A single line of code embeds the widget on your site, allowing your users to upload or record audio direct to your stream, for you to moderate or publish as you see fit. Great for radio phone ins, visitor feedback, consultations and much more.”

Pro accounts, which have been tested for several months by the Royal Opera House, Open University and British Library, should be open to all by 21 June. Shortly after this, Rock tells us that a ‘prosumer’ version aimed at individual users will be launched. Pricing for both type of account is as yet undecided. “Pricing is a dark dark art, which we constantly revisit”, Rock says.

As part of the investment deals, Audioboo will work in partnership with Imagination Technologies to integrate Audioboo services into its next generation of PURE internet-connected radios. Cruikshank, meanwhile, steps into the role of chairman at Audioboo.

Read next: Childish but brilliant: Liblr lets you vandalize other people's tweets