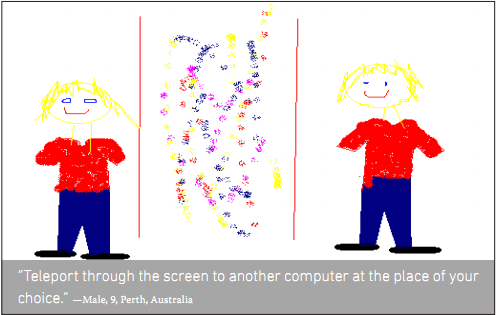 Browser plugins have really become a part of the internet experience in the past few years, and as the internet becomes more vast, tools to make that browsing experience more efficient have surfaced.

FastestFox/FastestChrome are plugins that have prevailed as the best. With over six million downloads, they have become a staple in many people’s internet experience. So, this is not called Startup School for nothing, today were going to go into the nitty gritty of how one man became successful and hopefully help others in their quest for success in the process.

Yongqian Li  formerly attended Rensselaer Polytechnic Institute and is now currently attending Harvey Mudd College in California. He started FastestFox in late 2008 and did it with a purpose. He wanted to increase the efficiency and speed in which one browses the internet. With FastestFox’s wide array of speedy features, he surely accomplished his goal.

I had a chance to talk with him about his success and maybe what others can do to further their success. Check out the interview below!

In your view, how did FastestFox plugins become as successful as they are now with thousands of downloads per week on both browser platforms (Chrome + Firefox)?

Most of the downloads for add-ons comes from the browser vendor’s gallery pages, so I put a lot of efforts toward optimizing the listings. Small things like add-ons names, descriptions, and previews really matter. I think I increased downloads by something like 30% just by changing the name from SmarterFox to FastestFox.

Each add-on is different, so there is no way around trying lots of things and carefully measuring the performance of each. Another thing I did was that I added lots of features to FastestFox and just waited to see what worked and what didn’t. In general adding more features increased downloads, but this probably only worked for FastestFox because it was meant to be a general add-on.

How did the concept of creating a plugin that allows a faster browsing experience come to be?

Well, a few years ago there were lots of developers who were building iPhone and Facebook apps. There were lots of stories floating around about how some guy made hundreds of thousands of dollars with a simple iPhone or Facebook app. I thought that was really cool and thought about doing something similar, but it was clear that the space was getting crowded. Usually by the time that everyone else is doing something it is already too late to get in the game.

So I started thinking about what sort of commonalities these markets shared. One thing I noticed was that they all had a powerful complement goods dynamic. The greater the number of iPhones sold, the greater the demand for iPhone apps get, so by building an iPhone app you get to build off of Apple’s success. The same applies to Facebook apps. I looked around and realized that Firefox is (obviously) very popular, so there’s probably a lot of latent demand for Firefox add-ons as well.

What are some strategies that you use to make the plugins a profitable venture?

There really wasn’t anything specific. Generally speaking I optimized for the maximum numbers of users possible and everything I did was centered around acquiring as many users as quickly as I can.

What advice do you have for other plugin developers or startup’s in general on getting their brand in the hands of users/increasing awareness about their product?

I would pay a lot of attention to the details of potential distributional channels. For example, I noticed that some add-on authors chose poor categories for their add-ons which meant that users would have a hard time finding them. I would think really hard about how some user who might be interested in your product would end up coming across it. For some this might mean SEO but in the case of add-ons it meant optimizing it’s listing on Mozilla’s add-ons gallery.

Plugins are a very volatile market, how do FastestFox plugins keep up with the times with ever increasing competition and widening market share.

There are certainly more competition between browsers with Chrome, but I think that’s actually been very beneficial for add-on developers. There are more commercial oriented add-ons now than when I started working on FastestFox about a year ago. But in general by constantly fixing bugs and implementing improvements I have been able to keep ahead of the competition.

Are you satisfied with how FastestFox has progressed so far, or would you have done something different in the past?

Currently FastestChrome is the 5th most popular Chrome extension and the 17th most popular Firefox extension so yes, I’m very satisfied. I don’t think there is anything I could have done differently.

Thanks to Yongqian Li for the great interview!

Read next: Twitter killed the in-stream advertising, but here are 4 networks that may still thrive.