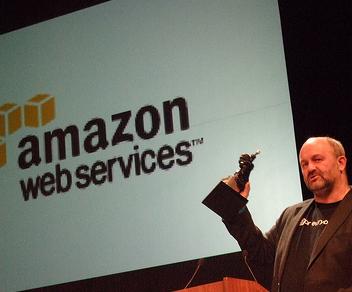 Google continues its push on the cloud, now being rumored to have prepared a competitor to the popular Amazon S3 cloud storage solution.

The purported launch will take place at this week’s Google I/O Conference. While one focus of that event will be Android, it is perfect ground to make an announcement such as this. Developers from around the world will have converged, giving Google perfectly rapt ears for the pitching.

The product is to be called ‘Google Storage for Developers’, or simply GS. According to the rumor it will have data redundancy, a REST API, and Google account integration. In short if you are already a Google product using company but have long depended on S3, Google wants you.

To encourage a  potential switch Google will be making it as simple as possible to move from one service to the next, lowering the friction threshold to acquire customers. What GS’s pricing will be remains to be seen. However, given Google’s love of all things cheap, it could undercut S3 pricing thus igniting a price war in cloud storage, and perhaps in the larger cloud ecosystem.

Expect more news on this to leak before the conference begins, and expect a response from Amazon shortly after. This is turf that Amazon wants to hold onto, they will fight back.

Amazon is now fighting on several fronts where they were recently the innovator to beat. Google is coming after S3 and Apple wants to starve off Kindle. Amazon has a tough year ahead of it.