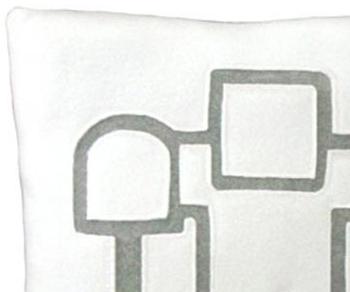 Digg has had a rough time in the last few weeks with change and rumor rocking the company. Adding to that, recent press coverage of Digg has been decidedly negative, casting the impression that perhaps Digg’s best days are behind it.

It is true that the company cannot seem to get its redesign out the door, that they just lost their CEO to internal strife, and that their traffic growth has slowed, but even those problems combined are hardly cause to begin to write the company off. Digg not only matters, but is a crucial component of today’s internet.

Just why does Digg matter? To list it out, its traffic heft, market positioning, user base, and advertising platform make it a unique website. Unique and useful, Digg is not going anywhere quickly. Let’s get into this and break down those points one by one.

Digg’s traffic numbers say one thing: I am a behemoth. Its Alexa score for the United States is 52, and it is nearly in the top 100 global websites. Compete guesstimates that some 40 million or so people from the US visit the website every month. Traffic is a fickle quality to have, but Digg’s impressive global and local reach attest to it being a product that transcends cultures and borders.

This traffic makes Digg the safe bet for content promoters, as they want to reach a massive audience and Digg has that built right in. We’ll get into Digg buttons and the young male factor in a minute, but from the perspective of sheer potential pageviews, Digg has no rival.

No amount of Twitter or Facebook hustling can match a massive run on Digg. I know, I have the numbers. Recently a little video that I post on Digg shot to the number two spot on Digg and sat there. Result? 100,000 page views over two days. There is no other source of traffic that is so immediate, and so accessible.

Digg’s traffic does not even have to grow for it to maintain its status. Digg is big enough to be a media leader as it is. Don’t let anyone scare you off of Digg with a shock piece detailing a short drop in Digg’s traffic as the end of its life.

Whenever you visit a popular website you see something: Digg buttons. They are nearly everywhere online, racking up some 1.5 billion impressions a month. To wit, that number is growing by more than 100 million a month. Digg has nearly perfect positioning, as it has been given free placement on every major online publication. Try to pry them out, I dare you.

Why is this? Why have so many websites (including this one, click on the Digg button, it works) decided to team up with Digg? You already know the answer, a shot at a massive influx of pageviews. An article on the Digg front page is a guaranteed 5,000 view in two hours, minimum. That sort of boost makes advertisers and editors more than pleased.

Hell, free promotion and traffic is hard to come by. Digg is integrated everywhere, increasingly will full size widgets extolling stories from a publication that are doing well on Digg. Websites shameless promote Digg because it shameless promotes them when they make it. It’s mutual back scratching and it is one of many reasons why Digg is here to stay.

Everyone wants to talk to young males with money. Guess who reads Digg, young males with money. Not that is not every reader is male, but the numbers are telling. 61% of Digg users are male, and more than 50% of Digg readers earn more than 60,000 a year. Not bad. Advertisers need access to this demographic as the dudes who should be watching ESPN turn of the television and head to the internet.

This is not a direct effect, but it is a large feather in Digg’s hat. It means that Digg’s largest commodity, its endless traffic, is actually a river of gold. Their largest reader base is also their most lucrative. Impressive. You might say lucky, but whatever the reason it is true: if you want to reach young to early 30s males, talk to Digg.

Digg The Future Of Advertising

Finally, Digg is using all of the above qualities to build out a new advertising platform that gives power to the people who it pitches. DiggAds is doing spankingly well. Combine their demographic and the audience participation and high click through rate Digg is earning “10-20 times the price for an ad that a social network will get.”

Digg is reinventing advertising online and making a killing at the same time. What that means in business terms is that Digg can stay independent and stay true to its core values and survive. Even better, as Digg users are responding well to the ads (DragonAge aside), Digg can pour money into the coffers and keep everyone content.

Digg is huge, well-integrated into the fabric of the most important websites online, has a unique and special user base, and a killer advertising concept. Digg dying? Digg fading? Digg losing relevancy? Not a chance.

Read next: Admit It, This Is You