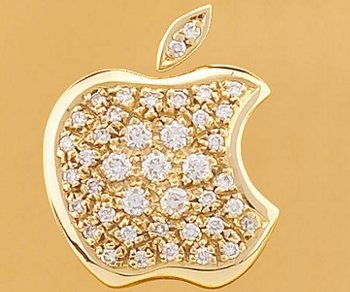 The OmniGraffle mind-mapping iPad app has been downloaded over 5,000 times since it launched the day the iPad came out (April 3), and at a whopping $49.99 per download that’s $250,000 total in one month (minus Apple’s cut of course).

Obviously, people are willing to pay top dollar for iPad apps that they feel heighten the experience of the device, but still, five thousand people paying fifty bucks a pop for an app in one month is pretty amazing. Safe to say, that these users are either well-off, or OmniGraffle is core to their business and they wanted to be able to mindmap on the go with their iPads.

This is what the CEO of OmniGraffle (who sounds like one happy camper) had to say in their press release:

“We strongly believe in the iPad’s potential as a productivity tool, and it’s a fantastic endorsement of the product category that OmniGraffle is still on the App Store’s top grossing list a month after its release,” says Ken Case, founder and CEO of the Omni Group. “People are clearly interested in using the iPad for more than media and entertainment. We are thrilled and grateful, and we hope to keep pleasing our customers as we continue in our iPad development efforts.”

Yeah, most developers would probably be “thrilled and grateful” to pocket this much bling in one month, especially from only 5,000 downloads. It will be interesting to see how long the $50 price tag can last and how many more of this app will be downloaded. We’ll check back again on it in a month.

In the meantime, get coding on your own iPad app right away – maybe you can offer it for a discounted price of $24.99.