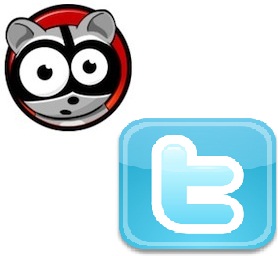 With today’s release of the official Twitter client for the Android platform, it’s only fitting that we give you a side by side comparison and let you know which one remains standing.

Until today, I have used Seesmic on my Motorola Droid for quite some time. I’m very pleased with it, overall. The latest revision even included a widget that will show a random tweet from the timeline of someone you’re following, and allows a quick-access to post a new tweet of your own. Though to be honest, I still used the Twidroid widget until I wrote this, as I found it to be more functional for what I want it to do.

We’ll look at a comparison of three main areas: Aesthetics, Features and Overall.

Side by side, the Twitter app is much “prettier”. The light blue over white application fits with the Twitter website UI, and Twitter’s web client users will be very familiar with the popout menus on each tweet. The menu allows you to reply, retweet, favorite or share anything from your Tweets timeline.

Seesmic uses a color scheme that stays true to the desktop client, sporting a gray background with red highlighting. It’s very classy looking and very streamlined. Manipulating a tweet requires you to actually tap the tweet itself, which will take you to a screen specific to it, but more on that in the features section.

So for aesthetics, there’s no hands-down winner. It’s certainly, however, a matter of preference. If you like the animated background and overall web-based look of Twitter, you’ll love the Twitter client. If you want a cleaner, less “playful” look, Seesmic is your goal.

This is where the lines start to diverge.

Twitter’s official client offers a pretty extensive list of options, including the choice of photo upload and URL-shortening service. However, the official client goes a couple of steps further with usability and offers some options that Seesmic doesn’t.

First, there’s the main page that shows you a menu of options such as Tweets, Lists, Mentions and the like. But while on this main page, you’ll notice that you also have a floating tag cloud that will show you the trending topics. It’s a pretty handy feature, if those topics are something that you follow. There are also hot buttons for creating a tweet and for searching.

The main feature that the official client has over Seesmic is the ability to sync your Android contacts with your Twitter ones. Just like the menu for your Google or Facebook contacts, you have the access to sync all or existing contacts, and to remove your Twitter data from your contacts if you so choose.

Conversely, Seesmic’s main page contains your timeline. Across the top of your timeline, you have buttons for checking your replies, direct messages and also your profile. The “Menu” feature of Seesmic offers a few more choices than are offered in the official client, including access to lists, search and the ability to change accounts. The phone softkeys work for search in both clients, but I honestly prefer the Seesmic approach somewhat as it seems more integrated and not an “also ran” feature.

This is one area where Seesmic stands head and shoulders above the official client: multiple accounts. The feature is not included in the official client, but Seesmic handles this by default. You do not have integrated timelines in Seesmic, but you can easily flip accounts by a couple of screen presses.

My one complaint of the Seesmic setup comes in using links. When a user posts a link in their tweet, you have to select that tweet then select the link. I would really love it if Seesmic would allow you to select a link from the timeline itself. It seems to be an unnecessary step to have to select a tweet first.

Both apps have custom widgets. The Seesmic widget, honestly, doesn’t impress me much. It has only one size available (though it’s a good size), but the random timeline selection is a bit infurating. Scrolling up and down through the timeline is available, but clunky at best. The quick access to posting a tweet is handy, but it should have somewhere to access my entire timeline instead of a specific tweet.

On the other hand, the official client’s widget choices are ace. There’s a larger widget, with an update box, and a section showing the latest tweet, with arrows to move back and forth in the timeline. The smaller widget takes away the navigation arrows, but offers a quick reply function, and clicking on the tweet will take you to your timeline instead of the tweet itself. For widget function, the official client wins hands down.

The real answer here is that there isn’t an overall winner. It comes down to what you need and what you like. Do you only use 1 account, or do you need more? Do you like the Twitter webpage look, or do you prefer something a bit more professional in appearance?

The official client is very well done, quite slick and gives a lot of features. Likewise, Seesmic is established, with a quick upgrade and bug fix path, but also offers multiple accounts. If Seesmic offered the ability to sync with my Twitter contacts, I’d be close to Twitter perfection (oh, guys, fix that annoying thing where I have to enter a tweet to select a link, please).

My advice? Try them both. See which one you like better. Personally I’m going to use the Twitter small widget, but I will still use Seesmic to access my accounts.