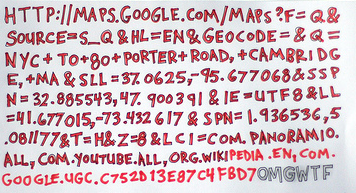 Twitter has just announced at its Chirp developer conference that it will be launching its own URL shortener.

The company feels forcing using to leave twitter.com to shorten a link is absurd and therefore it sees a link shortener as an integrated part of the service the best option.

There’s no word on what URL shortener it might decide to use, but giving users an option is not something they are considering.

An acquisition or partnership with URL shortening service bit.ly would make sense. Along with being twitter’s most used url shortener (3.4 billion shortened links in March), bit.ly has a number of high profile influential investors including the likes of Chris Sacca, an early twitter investor. I simply can’t see twitter deciding bit.ly’s work becoming a trusted URL should just be dissipate – the shortener that has become almost synonymous with the service.

That said, twitter might very well resort to using its in-house short url twt.tl without partnering with bit.ly. It currently puts twt.lyy to use in direct messages to assure users that any included URL’s are safe to visit. If that were to be the case, bit.ly should still have a future with its recently launched (in beta) bitly.pro service that gives the enterprise its own custom short urls and an analytics dashboard. The pro service already has over 6000 customers and its most recent signup is Amazon.com.

So where does that leave is.gd, tinyurl and the literally hundreds of URL shorteners out there? Realistically…dead.

Read next: Augmented Reality Driving. Not Safe but Oh SO Cool.