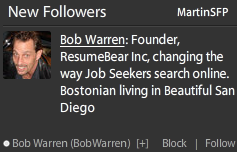 This could cause mayhem.

At today’s Twitter developer conference Chirp, Twitter execs were asked whether they were considering including media sharing as a twitter feature. Their answer: “we can’t guarantee we won’t”.

This essentially means apps like Twitpic, Twitvid, yfrog, Tweetphoto (who just raised $2.6 million in funding) and other media sharing tool could be making a quick exit – for the majority, the bad kind.

The decision is by no means final but rests on how easy Twitter decides it can make media sharing for its users. As things stand today Twitter co-founder Evan Williams thinks the current media sharing apps out there do a great job, but sharing could be much easier, particularly in regard to photos.

Twitter has a renewed focus on ensuring the twitter experience is as simple to understand as possible. With that in mind Williams believes, and I agree, that photo sharing is an integral part of the twitter experience. If twitter can make the process easier for its users, the chances are it will – even if that means eradicating some of twitter’s most popular apps (twitpic is number one), something it has proven it is willing to do.

Read next: Twitter to launch its own URL shortener