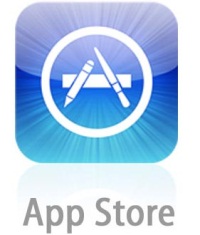 A new report from App Store analytics company Distimo suggests that the prices of the most popular iPhone apps on the App Store have decreased by 15% over the first quarter of 2010.

Whilst the average price of all apps available worldwide remains unchanged, the prices of the top 100 apps on the App Store have dropped by over a sixth, with the prices higher in Europe than anywhere else in the world.

The most popular apps in Europe worked out on average to be $3.86 whereas applications in North America ($2.43) and Asia ($2.69) came in considerably lower. Whilst it could be assumed that apps in other continents were generally less expensive, Apple employs a fixed price structure for any currency other than the US Dollar reducing the price if rates fluctuated.

The report adds credibility to the suggestion that iPhone users are becoming a lot more selective about making purchases via the App Store. The App Store has matured to feature over 100,000 apps and price can be one of the key influences when making the decision to purchase from a selection of similar apps.

There has also been a considerable increase in the availability of in-app subscriptions within free applications giving iPhone owners the opportunity to test the free offering before parting with their money. There is no mention of whether in-app subscriptions count towards the figures but could help to lower the average price of popular apps if taken into account.

There’s no mistaking iPhone apps bring in a huge amount of revenue for developers and Apple. The price fluctuation could just indicate a shift in consumer purchasing, requiring developers to streamline their pricing structures to compete effectively in an increasingly saturated market.

Read next: This Is Just Beyond Words