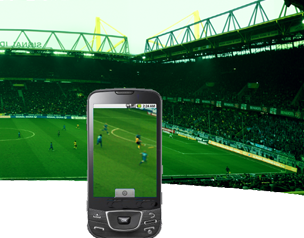 Microsoft has enough developers to build anything it turns out. Today the Microsoft Office Labs team (think experimental projects for Office) announced OfficeTalk, a microblogging tool for your enterprise.

What is it? According to Microsoft it “applies the base capabilities of microblogging to a business environment, enabling employees to post their thoughts, activities, and potentially valuable information to anyone who might be interested.” Does that sound familiar?

From what we can make of it, OfficeTalk is a Yammer style internal communications tool that focuses on following people’s status updates inside of a private corporate network. How has it done so far? According to the Office team it has been one of their most successful and popular internal projects so far. Impressive, but internal.

The product is described as “bare bones,” but given its status as a research project, that is hardly surprising. You can apply to use the service, if you want to, but its lock and key right now. Be forewarned, Microsoft is claiming to be accepting a tiny number of people to actually test the product. You can apply here.

Microsoft is giving us nearly nothing on the project, merely saying in more words that “we are current, we get it, and we make neat software.” That is well and good Microsoft, but I would like to actually use the darn software.

It seems that Microsoft has no intentions of taking the project public at this time, if ever. A pity, but perhaps just what they want.

Bear with us, we are trying to get our hands on some screenshots. If you have any email them here: [email protected] Google even has nothing on the project.

Read next: Apple Developers: You Can Now Submit Your iPad Apps to iTunes Connect