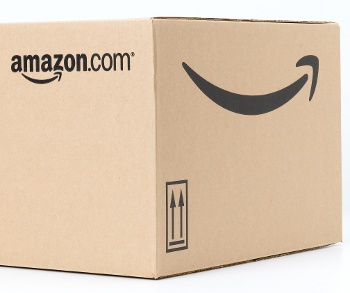 Social media is hardly known to be in bed with heavy music. Technology, sure. Megadeth, not so much.

So when HeavyAsHell came across our radar screen, we were instantly piqued. Here a very tight-knit and vocal community, the fans of heavy music, were taking on the tools of the modern internet as their own. We do live in crazy times.

HeavyAsHell has just gone through a relaunch, and is trying to expand its audience as quickly as it can. The site is not what we would call gorgeous, but then again when Digg first came out, it wasn’t either. We sat down with Mark Carras, one of the lead HeavyAsHell team members, and picked his mind. Unedited interview after the jump.

1) What was the initial impetus to fuse social media and voting into the heavy music community?

When Digg was first getting big, I gave it a try and “dugg” right in. I found that the Digg community had no interest in what I consider “real” rock ‘n’ Roll. Where they were more interested in safer more homogenized forms of Rock like Radiohead and Coldplay, I wanted the more raw and ugly stuff like Motorhead, Slayer, and Judas Priest. Or for more modern bands of that time let’s say Nevermore, Soilwork, or Strapping Young Lad. So any of my interests I submitted, fell like a lead balloon. After a year of trying to make it work in their world I realized that there was a need for a site like this with a more narrow scope of guitar driven music.

Nothing against Digg or it’s users. My interests don’t belong there. Their interests don’t belong on HAH. Both sites serve a different need. So instead of trying to force the stuff I was interested in on a website it didn’t fit, I created the site I couldn’t find. Where users of a niche social news site like Tipd.com might have great luck at Digg, Reddit, or Mixx, users of HeavyAasHell have no place else to go.

2) Given the subject matter, have you felt excluded from the media who covers websites such as yours?

I have found most of the bigger Hard Rock and Metal sites seem to be very afraid of HeavyAshell. I don’t know if it is because they don’t understand it or if there is another problem, but they do their best to ignore it. The few that do get it are users of the site.

As far as the start-up community, I think they look at it as just another Digg clone. Since they are not into heavy music, they don’t see why the site is important or how it could be newsworthy to their readers. In reality I know of some top programmers at Microsoft that moonlight in metal bands. Being a geek and a metal head is like some strange secret thing. The metal loving geeks work very hard to make sure those worlds don’t collide. With this site I hope to make it known that it is ok to be both a lover of technology and a lover of heavy guitar driven music. It’s ok to live in both of those worlds.

3) Has the music community taken up your idea with force? The bands? The fans?

The ones that get it love it! We have some users who think it is the greatest site to ever launch. It’s like any new concept. It’s a major up hill battle to get people to try it, but once they do they’re addicted. More and more fans, bands, and independent music journalists are joining everyday. Once a fan of heavy music gives it an honest try, they never leave.

Since we started celebrating leaving the beta phase on March 1st, growth has been good but it could be better. On Google Analytics we are seeing a 179.31% growth and the average time spent on the site is 9 minutes and 20 seconds. Our biggest peak before March 1st is about equal to our biggest slump since the relaunch. On Alexa we show a 700% growth and have went up more than 2 million places in rank. Many days we end up with more than 100 submissions hitting our front page. We get as many as 200 submissions. But on Page Rank we are still 4/10, so there is still tons of room for improvement. We have our work cut out for us.

5) How many people are involved with the project?

I’m (Mark Carras) doing most of the day-to-day work. My wife Sherri helps out with the mailings, clerical, and other office type work. The programmer (Keith Wagner) created the site CMS from scratch and does all the customizations from his original open source project (OpenVoter). The newest member of the team is Nick Grant, who did our new logo and will handle any art we need.

6) How long has HAH.com been around?

As a social news site it has been around for a couple years. At first I tried using a CMS called Pligg. The thing drove me nuts with its bugs and a lot of security items just not working at all. They also had no support other than their forums that weren’t any help at all. I couldn’t even pay to get someone on the phone! So when Keith told me about his open source project that took care of the same need, but with a better looking design, and almost no bugs at all, I jumped on it. With his CMS running things I think it has been about a year.

If there are some Angels or V.C.’s who understand the project I would love to hear from them. We re-launched with nothing more than bootstrapping.

8) How goes the giveaway and relaunch?

So far it is going great. There is nothing like dangling a grand in front of people to force them to figure out a new concept. Once people win they seem to stick around too, which is great. Previous contests brought in only people who would leave once the contest was over. This time we seem to be hitting our target audience and they don’t seem to have any interest in leaving. They get it!

9) Finally, what is the best new metal band in the last 10 years, and the best of all time?

There is a band that is new to me called Mongrel that has been hanging out at the site recently. With them being more original sounding than most these days, and their skills at using all the social network sites to their advantage, I think they have a very bright future. Best of all time? I have always been an Overkill fanboy, but they are not for everyone. As far as a band people would have heard of I would say Motorhead.

I also want to make it clear to people who this isn’t just for Metal. Pretty much any guitar driven heavy music is welcome. Hard rock, Metal, Punk, Hardcore, etc. People can even submit that wimp Radiohead stuff [TNW: careful now]. It probably won’t hit the front page, but you can submit it.