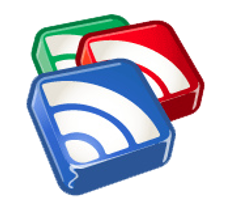 Google Reader is pushing out a new feature called Play to some of its users. If that link brings up a 404 error, bad news, you don’t have access yet. You can read the official Google announcement here.

The new Google Reader area found at http://google.com/reader/play is designed to give feeds rich in visuals a place to be browsed. This will only move to cement Reader as the best, and most popular RSS reader in the world.

The market reaction the product is very, very positive. If you check out the Twitter search surrounding the product, people are getting hooked in left and right.

The current userbase seems to be very small, with few tweets appearing with people claiming to be using the feature. If you are annoyed at your lack of access, join the rest of us. Given Google’s ability to scale things quickly, ala Buzz, we expect this feature to do a full roll-out in no time at all.

This is a screenshot of the new feature’s loading screen:

A screenshot of the product in action (We apologize if readers find the above content offensive. It was the first thing that Google fed us in Reader Play):

So What Is It?

It feels very similar to Google Fast Flip. It loads image heavy content with a fast scroll feature from a variety of websites. Image scaling is an initial problem, with some text being hard to read in certain images.

According to PR we have just received from Google the system learns what you like based upon what you like (like Glue), using the Google Recommended Items feed. You can also have it favor certain categories of content, if you happen to be heavily into lolcats, or what have you. Here are the categories in Play:

Of course, that means that when you first launch it, some content you might sincerely dislike, I did, but after some time it should match up with your tastes well.

Google has also made it plain to us that Play is in no way intended to be a Reader replacement, instead they are to coexist, both helping users find and enjoy new and interesting content. Best of all there is no setup required at all, you just start using it.

Play supports both images and video, both of which are run at full-screen, for maximum user enjoyment. The product also has a slide show feature for endless content. Hit go, and watch it flow.

Google has a forthcoming blog post on the technology, we have been informed.

Read next: Android Market Share Exploding: Up 4.3% Since October