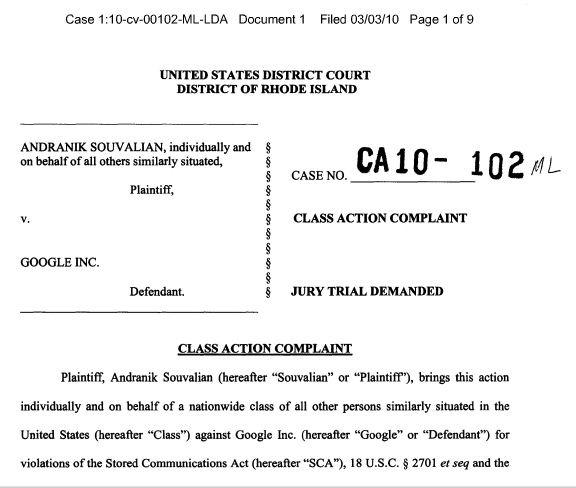 In yet another legal filing against Buzz, a former IT Manager for the Navy is suing the search giant arguing that Google, “unlawfully disclosed its customers’ private communications and records, including but not limited to, the automatic and unauthorized importing of its customers’ private e-mail contacts into the Buzz social network.” Got that?

The fact that Google has already had to change its privacy settings since its launch, and that Google Buzz has already been targeted with a Class Action Lawsuit may not help their case but on the other hand this is Google. Are they really going to actively defend the case of one man? I suspect this headline will last of all of a few hours so I won’t write much more.

What is almost as interesting is the fact you can see the document here and you can connect with Andranik Souvalian on Linkedin, although he has no mention of the lawsuit!