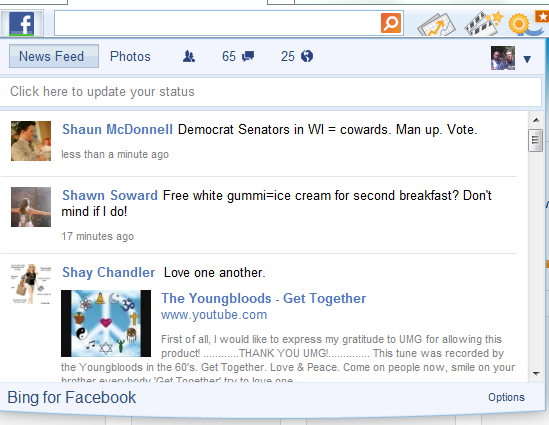 Rumors are flying that the forthcoming version of Internet Explorer, the ninth incarnation, will include strong support of HTML5.

This would be a dramatic change from Internet Explorer 8, which is not known for its HTML5 compliance for a reason. Thar reason? It has nearly none. This is hardly surprising, Microsoft browsers have for time immemorial lagged behind the market on adoption of the current standards of the internet.

Even worse, given the pervasive use of Internet Explorer 6 (a browser so old it does not support tabbed browsing), Internet Explorer users are often stuck in 2001, when the browser came out. Microsoft seems to be out to finally catch up with the rest of the world’s browsers, and perhaps run past them in certain areas.

At the most recent Professional Developers Conference (PDC09, which I attended), Microsoft discussed Internet Explorer 9 touting their goals to build a modern browser that passed the Acid3 test, and of course, worked with HTML5.

According to webmonkey, Microsoft is likely to demonstrate some Internet Explorer 9 goodies at the upcoming MIX10 event. If that happens, we will finally get a good look into the future of the browser that the world users, for better or for worse.

There are other implications. By extending a hand to HTML5 Microsoft will move ahead adoption of the standard in a large way. The better HTML5 does, the worse Flash does, given their tendancy to step on each other’s toes at every turn. What does this mean? Microsoft by boosting HTML5 will be helping Apple and their proxy war with the iPad and iPhone to combat Flash across the internet.

By upgrading Internet Explorer 9 to use HTML5, Microsoft is going to help Apple sell iPads. Somehow I bet that Ballmer would not like that. In other news, contented chuckles were heard from One, Infinite Loop.

Given the epic comments that this post has received, which I have taken the time to read, I thought a short add-on was in order. To the people being mean, you are taking this to far. Given that you missed the point, I’ll do it again:

Apple has a large force on the future of technology. They are blocking flash from tens of millions of devices over the next few years. HTML5 can be used to replace certain areas of Flash functionality, especially those relating to video play. Apple will not kill Flash. Microsoft is trying to join the rest of internet (years to late), in meeting internet standards. Given that the standards that Microsoft is now planning on meeting are the same that Apple is promoting against Flash (Flash performance on OS X is utter shit, we all know this), so we have two of the most important companies in the world promoting standards that impinge on areas of Flash.

Sure, my headline is a little catchy, but it has two parts and two facts: IE9 will be HTML5 compatible, and that action will help promote the web-wide acceptance of HTML5 which will in certain areas compete with Flash, hurting Flash in the market somewhat.

There you have it. Flame on, I’m sure someone cares.