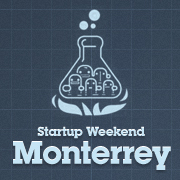 Trailers (“previews”) are film advertisements for feature films that will be exhibited in the future. The term “trailer” comes from their having originally been shown at the end. That practice did not last long, because patrons tended to leave the theater after the films ended, but the name has stuck.

Here are 10 Search Engines for movie trailers that you can explore until you find the one that you like best. Caution: Don’t try to open them all at once in 10 tabs or you may lock up your browser! I know what I’m talking about…

1. The Winner – iTunes Movie Trailers.
I don’t know if I should have been surprised, but even though it did not have my test movie, The Stunt Man (1980), it did have IRON 2 MAN and once I installed Quick Time the already glossy site played without the halting steaming of most of the other sites. The downloading options are obvious.

2. TrailerFan actually did have The Stunt Man movie preview here if you’re interested.

3. Jinni doesn’t have The Stunt Man trailer, it has the whole movie!

4. TrailerSpy. No Stunt Man, but the amazing thing here was the preview of the trailer of the movie Iron Man 2! Ponder on that one.

5. TRAILERS-MOVIES is another beautiful “Less is More” stylized homepage.
Take a look at it. It could not fetch The Stunt Man, but did much better with Iron Man.

6. Everyone thinks of IMDb, but it wanted me to register to see the trailer because it was too racy!

7. Comic Relief from Clevver: What if Forrest Gump was a horror movie?

8. Yahoo! movies had a nice surprise – The Sinister Saga of Making ‘The Stunt Man.’
It’s not only longer than the movie itself, it has a higher rating!

10. HD-Trailer.net was standard but with an awkward Google search in the middle.

WTM – What The Movie only had the first Iron Man.

BONUS: Would you like The Stunt Man movie?
Take this quiz from the movie search engine nanocrowd to find out.

BTW, I wrote this post watching TV (Firefly), so next time we’ll do the Top 10 TV Show search engines. Any suggestions?