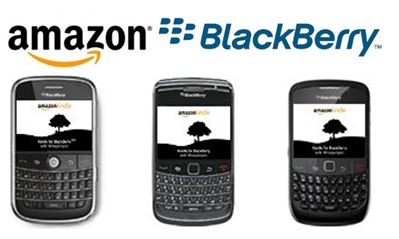 Following on from the launch last year of Kindle iPhone app, Amazon has now launched an app for Blackberry devices.

Amazon’s Kindle eBook service already enable’s readers to access books on the Kindle device itself as well as on Windows PCs and the Apple iPhone.

Those who have purchased books from the service can read them on any device, meaning that Blackberry owners can now join in too.  The free app is available now for a number of Blackberry  devices.

“Since the launch of our popular Kindle for iPhone app last year, customers have been asking us to bring a similar experience to the BlackBerry, and we are thrilled to make it available today,” said Ian Freed, Vice President, Amazon Kindle.

Plans to add Apple Macs and iPads to the list of devices supported by Kindle are already in development, although Amazon remains tight-lipped about whether it will make service available on phone’s using Google’s Android operating system.

Kindle for Blackberry represents an important step for Amazon in what is proving to be an increasingly hectic marketplace, although it’s presence on the iPad will be even more closely watched, especially in non-US territories where Apple’s competing iBooks service won’t be available on the tablet devices at launch.