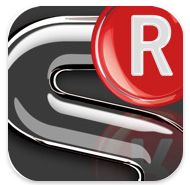 BSkyB has made  a radically redesigned version of its Sky+ iPhone app available through Apples iTunes App Store.

The app, which in its original guise launched in 2009, enables Sky+ customers to access their TV guide and  set their set-top boxes to record programmes whilst away from home.

The new release wears its influences on it sleeve as it introduces design features influenced by some of the best apps from elsewhere in the App store.

Until now, the app’s design has been based upon that of Sky’s TV-screen Electronic Programme Guide (EPG), using a ‘look and feel’ already retired for many  Sky+ customers including those with HD boxes.

This approach meant very slow loading times on the iPhone with many iPhone-using Sky+ customers choosing to use the faster loading, independently developed, TV Plus app which also allows for remote recording.

Now though the Sky+ app has been completely re-imagined and takes its design cues from other mobile apps rather than from TV-based EPGs.

The refreshed home screen resembles that of the current Facebook app, with the programme-guide’s categories arranged in a a nine-box square, with extra categories a simple side-swipe away.

After the initial loading of the app (where it grabs channel-icon graphics) it becomes much faster loading than ever before.

Its channel listings pages, displayed in portrait with click-through’s from channel summaries to specific programme details, sensibly borrow from the approach taken by the attractive and established Radio Times app.

When the Radio Times app launched in July there were suggestions that discussions were under way with BSkyB with a view to incorporating Sky+ recording in a future release.  This has yet to happen and this major upgrade to the Sky+ app suggests that these talks may have proved fruitless for the Radio Times.

Programme details are where the Sky+ app’s Record button can be found.  Unfortunately, there is still no option for viewers to select series-link.  So, unless you remember to visit your Sky+ EPG on your TV when you get home, your set-top box will only remember to catch the first episode of Lost and not the rest of the season.

Also on the programme details page is a neat little pop-up showing alternative airing times for the particular show you’re looking for.  This is handy if you want to record more than two programmes at once and need to find an alternative showing in the middle of the night when your Sky box is less busy.  This popup view brings to mind the Guardian app’s ‘related subjects’ view and demonstrates how influential that application is becoming beyond its own news category.

Another new innovation in the Sky+ app is the landscape view.  This is a delight to use as it allows the user to scroll vertically down the channels and horizontally forward in time.  It’s responsive enough to let you drag your finger diagonally around the screen, thus pulling the guide across channels and through time all at once.  It rapidly tracks your movements and refreshes programme data as you go.

Finally, Sky has integrated the Sky+ app with its own Mobile TV app.  So, for those iPhone owners with both applications, when you view ‘what’s on now’  details for programmes on Sky News or the Sky Sports channels, there’s an option to jump straight to the MobileTV app and watch live on your iPhone.

I do have the Mobile TV app on my phone but when I tried to test this, rather than opening it up, the Sky+ app sent me to the AppStore to purchase it.  So this is clearly a sales tool, aimed at encouraging more sign-ups for the Mobile TV service.  This is perhaps an oversight as the developers forget that existing customers may already have the Mobile TV app installed on their iPhone and is likely to get picked up in a forthcoming bug-fix release.

On balance, the refreshed Sky+ app is a significant step forward and demonstrates how  market leading apps from  many different sectors are beginning to influence each other for the better.