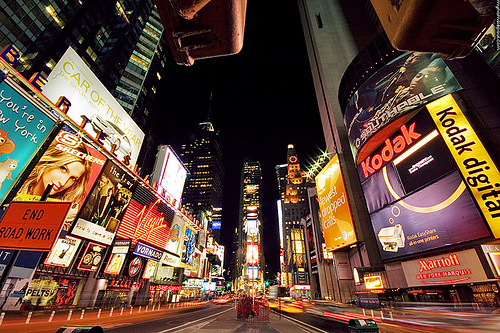 So it looks like Twitter is finally ready to get serious about making some money – ads are on their way.

“It will be fascinating. Non-traditional. And people will love it… It’s going to be really cool.” Costolo said. Aside from that the only extra detail he would give were that they weren’t tied to the new Retweet feature.

Non-traditional advertising is increasingly being tried by internet companies well aware that users expect to be able to use their services for free but have grown ‘blind’ to traditional banner ads. Most notably, Digg has ads that appear in the stream of articles on the site. The twist here is that users can ‘Digg’ and ‘Bury’ the ads, giving advertisers valuable data about what’s working with their audience.

Twitter is nearing the launch of ads at a time when it’s also about to introduce Pro accounts.

How else could Twitter advertise to you without annoying you? If you have any ideas let us know.