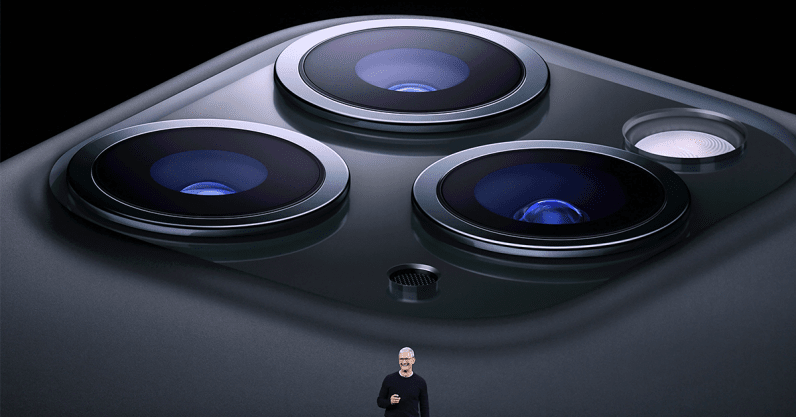 It’s no surprise that Apple plans on improving the iPhone‘s camera this year, but a new report gives us a better idea of how the company might be planning on doing so. A new note by Apple analyst Ming-Chi Kuo (via MacRumors) claims Apple plans on introducing sensor-shift image stabilization on its largest iPhone this year.

If true – and Kuo has a strong track record with Apple rumors – it could be one of the most important hardware changes Apple has made to its camera system since it added a second camera with the iPhone 7 Plus.

Most optical image stabilization systems on smartphones work by moving a lens element; when your hand moves, the optics move to compensate for it. This is also the case for many high-end cameras such as Canon and Nikon DSLRs, where only certain lenses have image stabilization built-in.

Companies like Olympus and Pentax, however, have long built the stabilization into the camera sensor itself; this allows the technology to work with any lens. In the DSLR and mirrorless camera world, this is usually referred to as IBIS (In Body Image Stabilization), though the term doesn’t make much sense in phones considering the lenses are built into the devices themselves.

The technology may seem out of place in iPhones – which pair a different sensor with each lens – but it’s also worth noting sensor-shift stabilization tends to simply be more effective than the optical variety in the first place. This would lead to better low light photos of still subjects and even smoother video.

But another, subtler, benefit, is that it would make the iPhone more versatile when using add-on lenses like Moment’s excellent optics. If implemented well enough, it could greatly enhance the iPhone‘s photo and video chops.

Yet another possibility is that Apple could use the technology to implement something akin to Olympus‘ high-resolution shooting mode. This fancy technology uses tiny, controlled sensor movements to create a composite image that has higher resolution, better dynamic range, and superior colors than you can normally get from a small sensor (you can see it in action in my hands-on with the Olympus E-M1 MKII). Google also does something similar with the Pixel’s Super Res Zoom, but sensor-shift IBIS could provide more effective results.

While it’s hard to imagine how Apple could fit an effective sensor-shift mechanism — which typically requires bulky magnets to essentially levitate the sensor in midair — into a thin iPhone, it would give it an edge over competition that has usually preferred to simply increase its megapixel count or sensor size. It’s also likely for this reason the technology is only expected to arrive on the 6.7-inch iPhone, although the smaller models may adopt it in 2021, according to Kuo.

In other news, the report also predicts that the 2022 iPhone will feature a periscope lens for extended zoom range, but considering Huawei and Oppo have included periscope lenses since 2019, Apple would be quite late to the party.