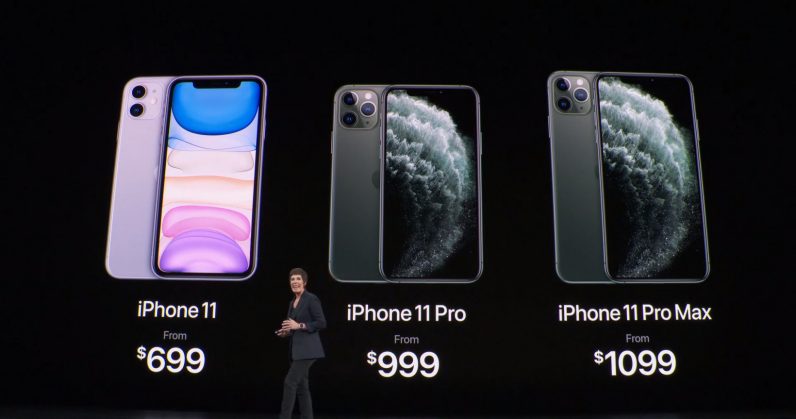 Apple today wrapped up its September event today with a few words about its new retail initiatives, including a trade-in program that should help users transition to the new iPhone 11.

This is no doubt part of Apple’s efforts to make the company more sustainable, which it also subtly touted during the presentation. It’s also a way of bringing in users who might be leery about making such an expensive incremental upgrade. When you bring your old devices to an Apple store, you’ll either be given store credit or an Apple gift card, both of which can count towards the purchase. The monthly payments will be available in “select countries.”

There was good news for Apple Watch customers as well: one of the things they’ll now be able to do in Apple Stores is customize their watches when they buy them. Apple introduced the Watch Studio, a program by which customers could select their own Watch cases and bands.

Deirdre O’Brien, Apple’s senior VP of Retail + People, boasted of there being over 1,000 different combinations, and I believe her. When the company revealed the new Series 5 Watch, it also showed off two new case finishes: sleek ceramic white and brushed titanium. Add to that a plethora of new band colors and styles, and I have no difficulty believing there are 1,000 unique Apple Watches to be made.

As a final bit of good news, O’Brien said the Apple store on 5th avenue would be reopened. While this has been a fact for a while — the renovated store with its new iridescent glass is rather hard to miss — but O’Brien said the store would officially reopen on September 20.

Read next: Mozilla pilots its VPN service for Firefox desktop users in the US