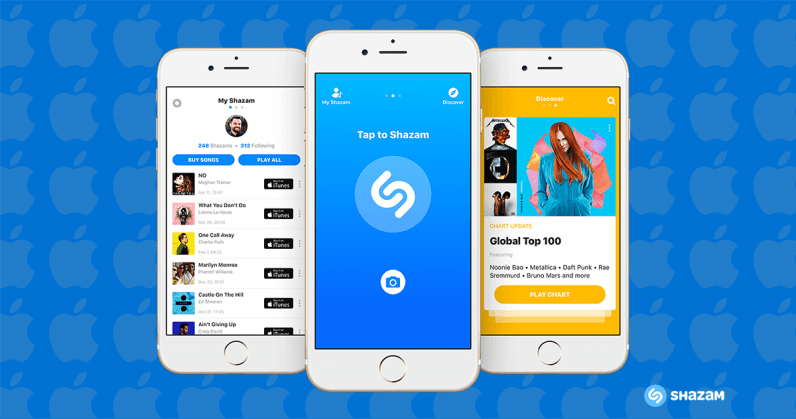 Reports today indicate that Apple is in the final stages of a deal with music discovery platform Shazam.

According to initial reports from TechCrunch, the deal could be announced as soon as Monday. If the sale happens, the price being floated is around $400 million, a number Recode later confirmed. This would mark a significant discount for a company valued at around $1 billion in its last funding round. Shazam has, since its 2002 launch, raised at least $140 million.

The news follows earlier rumors of Snapchat as a potential suitor. Snap inked a deal late last year that allowed Snapchatters to Shazam a song from within the app. In the end, it would appear Apple won out. It’s unclear how the new deal would affect these older agreements.

As for the reason behind the acquisition, we’ve yet to hear any official statements — or confirmation from either party that it’s even happening: although we’re certain it is. Multiple requests have gone unanswered.

From Apple’s perspective, the benefits are numerous. The most obvious, albeit minor for a company Apple’s size, is that it can quit paying commissions to users sent to iTunes to purchase.

If we were to put our thinking caps on, however, a more tangible benefit would be in the form of added pressure to competitors like Spotify and Google Play Music. According to a Wall Street Journal report, Shazam sends approximately a million clicks a day to the service.

And as The Verge pointed out, the biggest benefits may be tied to the augmented reality tech baked into Shazam’s platform. Earlier this year the company launched an AR platform for brands that further built on technology it introduced back in 2015, tech that allowed users to scan physical products like magazines, books, and advertisements to launch additional information — sort of like Google Lens.

This could point to reactionary movement as a bid to catch up with features baked into the Pixel 2. Google already has Lens, an AR platform built to do exactly what Snapchat’s does. And then there’s the always-on listening (which you can disable) tech that identifies songs it hears in the background. Unlike Shazam, however, Pixel 2 owners don’t have to pick up the phone, unlock it, or open the app.

Read next: The iOS jailbreaking community is going nuts over this cryptic tweet by a Google employee