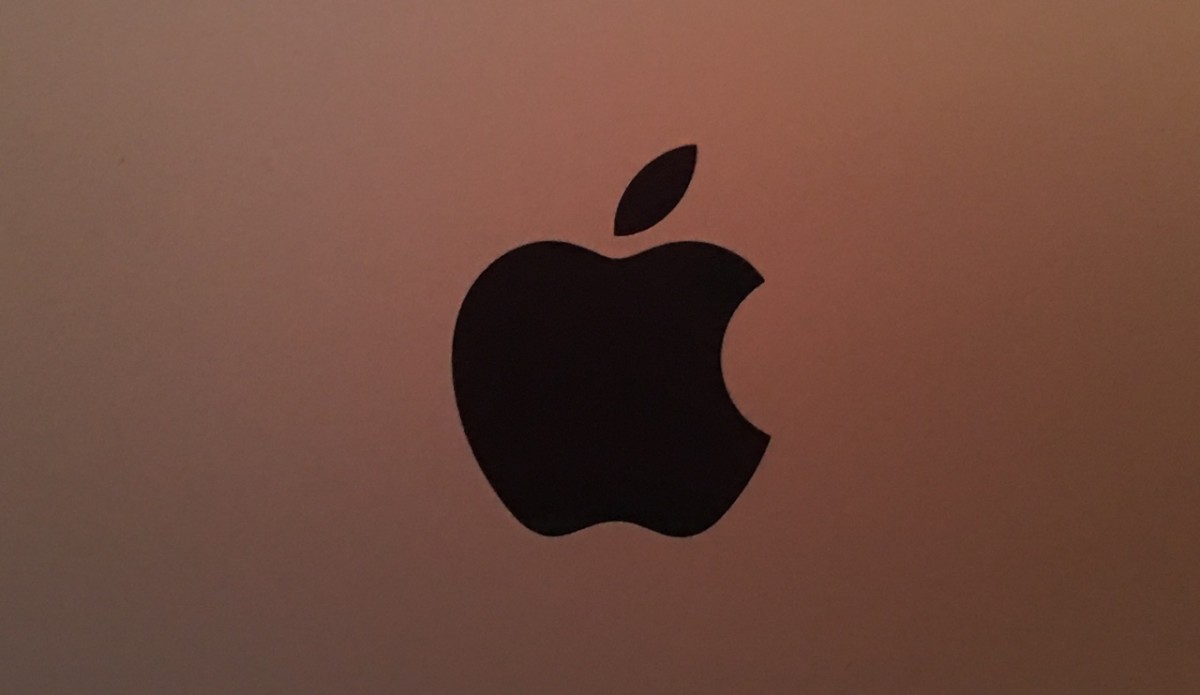 Rounding up Apple’s triumphs from 2016 is harder than you think. That’s because Apple didn’t really do all that much in 2016. I’d have an easier time writing a book about Paul Reuben’s career post-1991. It’d probably be more interesting, too.

But wait. Bullshit, I hear you howl like a Yorkshire Terrier that’s been accidentally trodden on. Apple released a new iPhone this year! And it refreshed the MacBook Pro for the first time in almost 20 years (I’m exaggerating, but you get the point). What the fuck are you on about, you shoddy journalist?

Okay, yes. I suppose it did release a near-identical version of last year’s iPhone (but with some minor upgrades, and sans headphone jack). And yes, there is a new MacBook Pro, which demonstrates Apple’s commitment to top-line engineering. Its price tag engineered it for me to spray my monitor with a thin mist of coffee and shout “HOW MUCH?”.

Racking my head, I’ve came up with what I believe are the standout moments from Apple’s 2016. There’s some bright stars, but most are clouded by an immense shroud of light pollution.

For those not particularly clued up on their astronomy, Sirius is the brightest start in the sky. While others may be obscured, this one can often penetrate a dense canopy of smog and light pollution. Much like Apple’s TouchBar penetrated a dense canopy of ennui.

To recap: the TouchBar is present on latest and greatest (and, it should go without saying, the most expensive) MacBook Pro’s. It’s an OLED strip that replaces the erstwhile function keys. The concept behind it is a pretty sound one. Rather than a limited number of function keys, what if they could dynamically change based on their context? Who doesn’t want that?

So, if you were using Final Cut Pro, the TouchBar would populate with buttons that make it easy to edit and manipulate video. Likewise, if I were to edit some images with Photoshop, the TouchBar would refresh, giving me access to the shortcuts and tools I depend on.

It’s effectively an entirely new input device. Developers and designers are going to have a lot of fun working out how it can be integrated into business software, design and development workflows, and even games.

While the rest of Apple’s year was a letdown, I’m deeply excited about the promise of the TouchBar.

2016’s MacBook Pro – The most disappointing refresh ever?

I started off with a high point, because I’m kind. Now let’s move swiftly on to a decidedly low point. I am, of course, talking about the long-awaited MacBook Pro refresh.

In the months leading up to October’s keynote, the rumor mill went into overdrive. Of course it did. It’s an Apple product. And by and large, it was accurate. There were very few surprises. We knew Apple was going to ditch legacy USB in favor of USB-C. We even knew about the TouchBar. And yet, it was still a major disappointment.

It confirmed to many that Apple’s heart lies not in computers, which is its traditional heartland, but rather the vastly more lucrative smartphone and services market. Many were annoyed that they’d waited so long for a laptop that, despite having the word ‘pro’ in the name, wasn’t really aimed at professional users at all.

Apple, it seems, is angling for the ‘amateur creative’ and isn’t interested in anything else anymore. It wants the market that sits in coffee shops with its brand and only buys Apple, but doesn’t mind so much if the core demographic disappears. Maybe that’s OK — there’s probably good money in it — but it’s a real shame.

Apple’s enthusiasts waited a long time for this update. Many of them feel palpably let down by a company which, let’s face it, they adore. It’s unclear how, going forward, this will affect Apple’s chances in the highly competitive premium laptop market.

This September, Apple launched the iPhone 7. At face value, it was virtually identical to the previous year’s offerings. but there are some key differences.

Firstly, it’s waterproof. If you upgraded, you could drop your handset in the toilet without having to worry if AppleCare would cover it. It also benefited from slightly improved internals, as well as an impressive camera upgrade. Oh yes, it also ditched the tried-and-tested 3.5mm headphone jack.

Now, if you want to listen to some music on a bus or a plane without pissing off the rest of the passengers, you either must spring for a pair of Lightning or Bluetooth headphones, or use a dongle that bridges the two standards. Naturally, this has been deeply controversial.

But the biggest problem with the iPhone 7 is that there is no compelling reason to get it, especially if you have a working iPhone 6 or iPhone 6s. There’s nothing radically new here.

Apple is extremely reticent to release sales statistics from the iPhone 7 launch. As a result, it is difficult for anyone other than Apple to determine how well it is selling. But given that there are credible reports that it’s slashing production right before the Christmas shopping season, you can likely assume that the answer is “not well”.

As the MacBook Pro Launch confirmed, Apple is increasingly out-of-touch with its core constituencies. It’s losing its mojo.

Apple wasn’t the first smartphone manufacturer to ditch the humble 3.5mm port. Motorola and LeEco are both pioneers in this respect. But Apple is the biggest company to do so. As a result, it’s got a duty to sell its customers on its vision for life after the headphone jack.

One of the ways it wanted to do that was with AirPods. These are headphones (fugly ones, I should add), but not as you know them.

AirPods look a lot like Apple’s iconic EarPods. They come in two parts, with one for each ear. This design means that there’s no unwieldy wires stringing across the back of your neck, and no cumbersome headpieces.

But they’ve been beset with development woes, and thus they’re nowhere to be seen. It’s believed that this is because rather than use one Bluetooth chip, Apple’s AirPods use two.

For them to work, they must be in perfect synchronicity, and reconcile any delays or disconnections. They must be completely fault-tolerant. This is proving to be a bit of a headache for Apple.

Apple intended to launch these by the end of October. But later that month, it delayed shipments without a concrete future date. For a while, it seemed that that Apple will miss the lucrative Christmas season. Miraculously, it was able to ship a few units out in time for Santa, but availability is still scarce.

The last time Apple was forced to postpone a product launch, it was six years ago with the iPhone 4. Given the underwhelming state of 2016’s product lineup, this could be a sign of greater problems in Cupertino.

There’s potentially going to be a new iPhone – the iPhone 8, or the iPhone 7S, depending on who you speak to – that should get your heart racing. 2017 is, after all, the 10th anniversary of the iPhone.

Apple’s computer line-up may get some love too. There’s also the possibility of new Macs – the iMac and the Mac Pro are both incredibly long in the tooth, and are desperate for an update.

I guess we’ll just have to find out.

Read next: This powerhouse of a charging station juices up ten devices at once