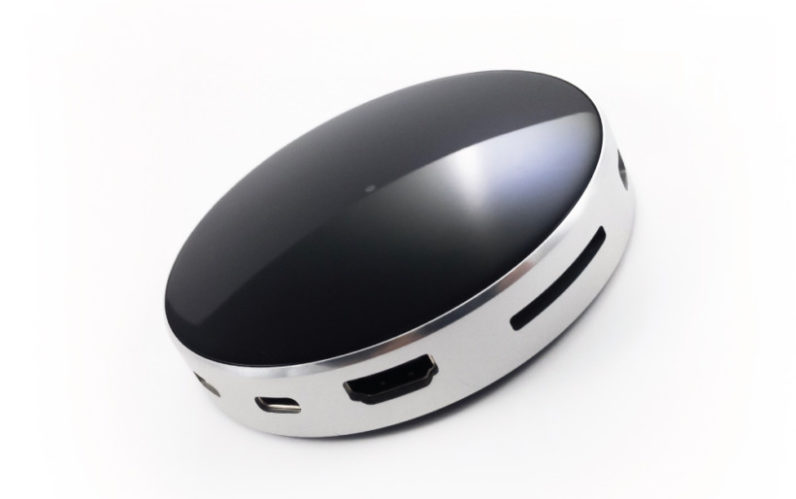 After last month’s reveal of Apple’s new MacBook Pro, potential buyers were taken aback by its ports — or rather, the lack thereof.

In a move inspired by the new design of 2015’s MacBook, the company decided to only give the device USB-C ports. Depending on which model you buy, you either get two or four of them — but you’ll have to use one of them for charging.

Apple recently decided to cut its prices for its cables and dongles, acknowledging the fact that people need some time to transition to a future of connectivity that’s either fully wireless or defined by USB-C, but other manufacturers are also realizing the current business potential of the dongle market.

The Arc Hub looks like one of the best solutions for the MacBook Pro’s port problem yet. Its metal and glass design complement the laptop’s aesthetics well, and the seven ports it adds offer a generous fix.

When connected to a MacBook through USB-C, it offers HDMI-out, Mini DisplayPort, an SD Card slot, two USB-C ports and two standard USB ports. At $104.99, the adapter is twice as expensive as Apple’s official USB-C Multiport dongle, but offers much more. Even though at a diameter of 9.5 cm it’s quite a big device to carry around all the time, it definitely offers a prettier solution than having Apple’s white block hanging from your laptop.

You can pre-order your own Hub on the website until December 31st, with the device scheduled to start shipping in early 2017.

Read next: There is no status quo