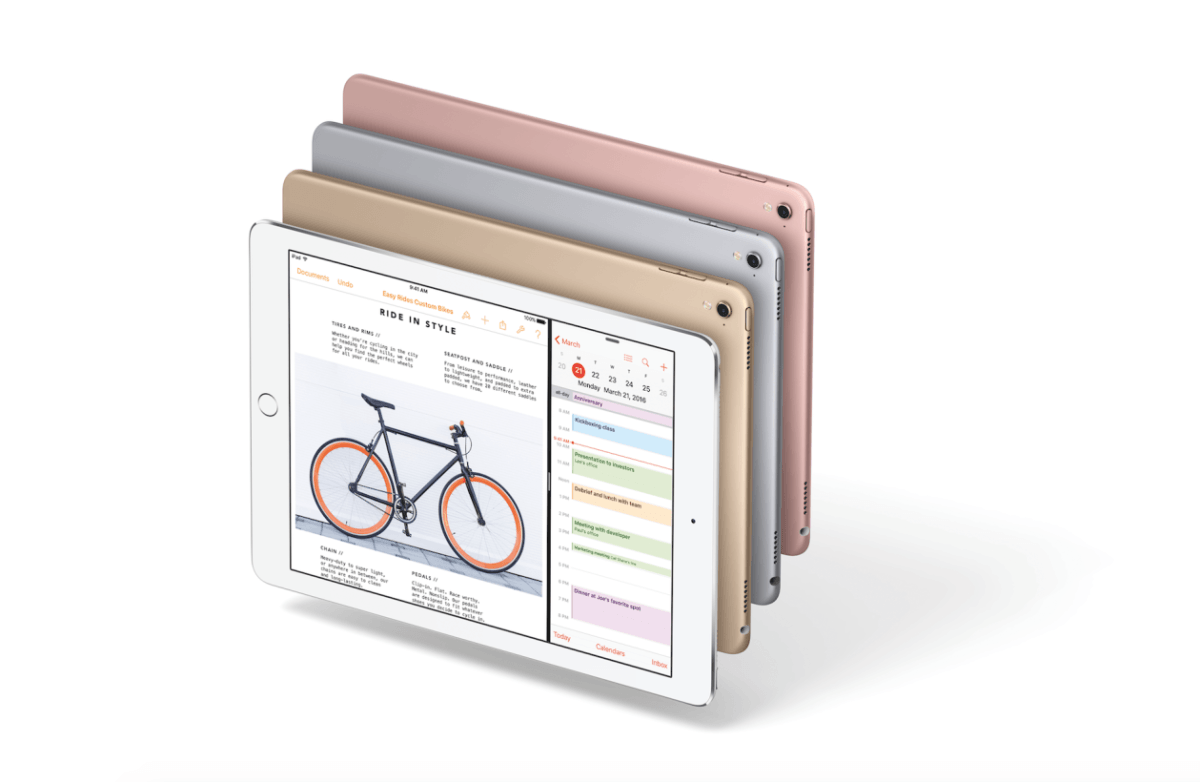 Apple will launch a trio of new iPads this spring, according to Barclays research analysts.

Citing the company’s Asian supply chain, the analysts report we can expect a 10.9-inch model with a borderless design. Due to the bezel-less display, the larger iPad would occupy the same footprint as the smaller 9.7-inch iPad Pro.

We’ll also be getting a rather bad-ass iPhone 8, with an edge-to-edge display — if the rumors are true.

It’s this that perhaps gives us a hint to Apple’s future plans for the Home button. Long-rumored as a DOA feature, the new iPads could be the first Apple device to give it the axe. At this point though, the rumor is just that. Speculating about the Home button’s removal seems to be a song and dance we’ve been entertaining for over a year now.

Multiple rumors claim Apple has a new iPad in the 10-inch range, but the screen size varies. We’ve seen everything from 10.9-inches to 10.1, with KGI Securities analyst Ming-Chi Kuo citing a 10.5-inch device. At this point, we’re really not sure. It’s probably safe to assume Apple isn’t making multiple 10-inch devices, so 10.5 or 10.9-inches seems most likely.

The third of the set, according to Japanese website Mac Otakara, is a 12.9-inch iPad Pro that features a True Tone display. Originally unveiled in Apple’s 9.7-inch iPad Pro, the display uses four-channel ambient light sensors to detect the light signature of the room before adjusting screen brightness accordingly.

For those looking for “revolutionary” changes to the iPad line, you’ll have to wait a little longer. Kuo’s report suggests OLED displays and other significant upgrades are coming in 2018.