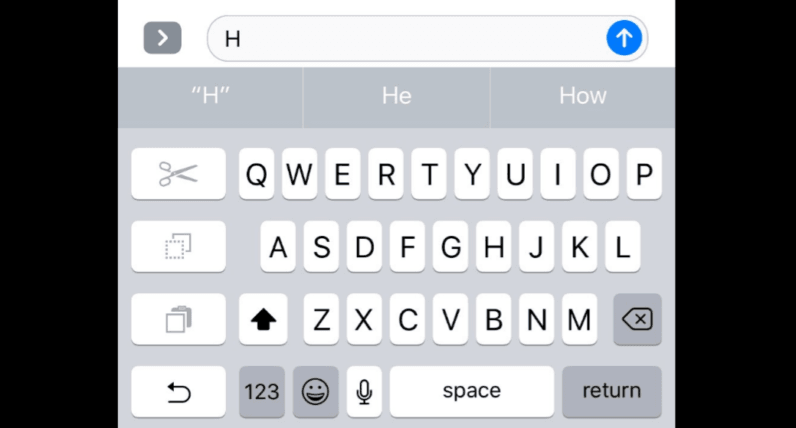 Messing around with the iOS Simulator, developer Steve Troughton-Smith has stumbled upon a nifty one-handed keyboard mode hidden in the code of iOS that has apparently “been there since at least iOS 8.”

As the crafty coder explains, the secret feature can be activated by a simple edge-swipe. What’s particularly cool is that you can adjust the keyboard to fit either of your hands – all you have to do is pull up the feature from the side of your dominant hand.

The one-handed keyboard also has designated cut, copy and paste controls that will conveniently show up on the side of your dominant hand.

Today’s fun hack (been there since at least iOS 8); the iOS keyboard has an unused left/right one-handed mode. Activated by edge-swipe pic.twitter.com/zIk7x7CVmu

Still, it remains a mystery why Apple decided to keep the feature dormant – or whether it will ever roll out to all users.

The only disadvantage is that you can’t use the functionality on your iPhone just yet. As Troughton-Smith says, activating the one-handed keyboard would require you to jailbreak your device’s operating system – and that’s not exactly ideal.

But in case you’ve already hacked your iPhone. The resourceful developer has added some pointers on how to activate the feature here.

Check out this video demo Troughton-Smith tweeted to see how the one-handed keyboard works.