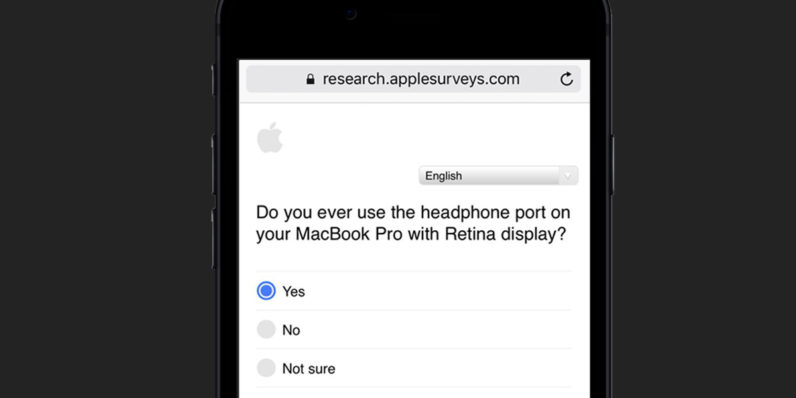 Apple might be going all-in with the wireless revolution as the company is now allegedly considering killing the headphone jack on the MacBook Pro.

Users are reporting that as of recently Apple has been asking them to fill in a survey about the way they use their MacBook Pro and one of the questions pertains particularly to the headphone jack.

Shared by Blake A. via Twitter, the question reads “Do you ever use the headphone port on your MacBook Pro with Retina display?”, suggesting Apple is exploring going jackless with its laptops in the future.

Given the Cupertino company just ditched the audio jack on the iPhone 7, the change is likely to eventually come to other Apple products too – the real question is when.

Meanwhile, Apple is expected to refresh its MacBook lineup later in October. Among other things, the new MacBooks are rumoured to have Touch ID as well as an OLED function bar.

Read next: Vectr is an excellent free cross-platform graphics app you can learn to use in minutes