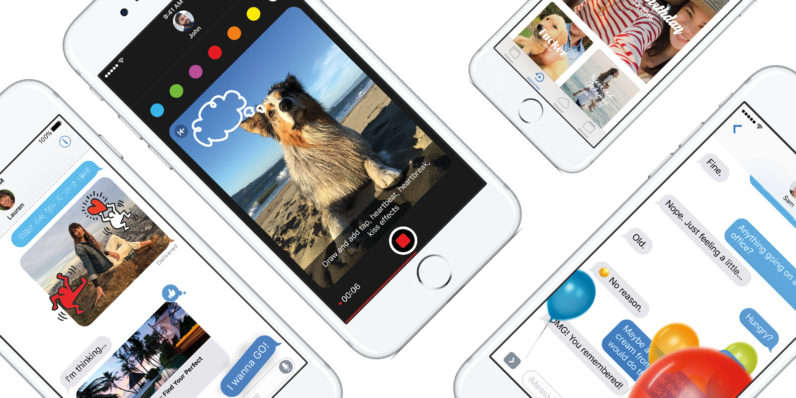 Maybe you’ve been jealous at the people that already had a beta version installed, or maybe you’re completely new to the new version of iOS.

Whatever the case, these are the five most important reasons why you’ll want to pull the trigger on the update today.

When the update is installed on your device you’ll be greeted by a new home screen with some cool new tricks.

When you swipe left, you now have immediate access to the camera. If you swipe right, you get to your widgets, making them much more easily accessible than before. And when you just want to see your notification, you can now raise your phone to have the screen light up.

Also, this is going to confuse millions of people around the world at first:

Yeah, you don’t swipe to unlock anymore — instead you put your finger on the Home button and unlock.

Something else that’s very welcome are the rich notifications that can be expanded so you can dip in and out of apps without switching to them. When swiping these down, you can have a quick interaction before closing it again.

For example, this is how it works with iMessage — you can scroll through the chat history from within the notification.

Control Center has a new dual-pane look that moves the music controls a swipe away. The result is a cleaned-up and easier to use panel that’s a great solution for the mess that it used to be.

To top it all off, the colors and shapes around the entire interface have been tweaked — there’s a lot more white, interface elements are generally less transparent and some fonts here and there have been swapped around. Your iPhone has never looked better.

iMessage is on another level

If you’re a big user of both Facebook Messenger and iMessage on your phone, you’ve probably noticed the former has been steadily adding features over the years. On the other hand, there haven’t been a lot of improvements to iMessage. That all changes today.

The iOS 10 version of the app is — for lack of a better word — eccentric, and I love it.

When you send a message, you can pick from a range of different effects that either make the text move or take over the entire screen. You can for example throw confetti, hide your message with invisible ink or shoot fireworks all over the screen. It’s intense, and a lot of fun.

Also, you can now send hand-drawn messages to people, and use the Digital Touch feature you might know from the Apple Watch to send over small animations.

One of the most interesting changes is the addition of Stickers. These small, sometimes animated images can be stuck pretty much anywhere you want in the conversation. There’s also a new App Store for iMessage where people are undoubtably going to make a lot of money off them.

Photos is now a robot, kind of 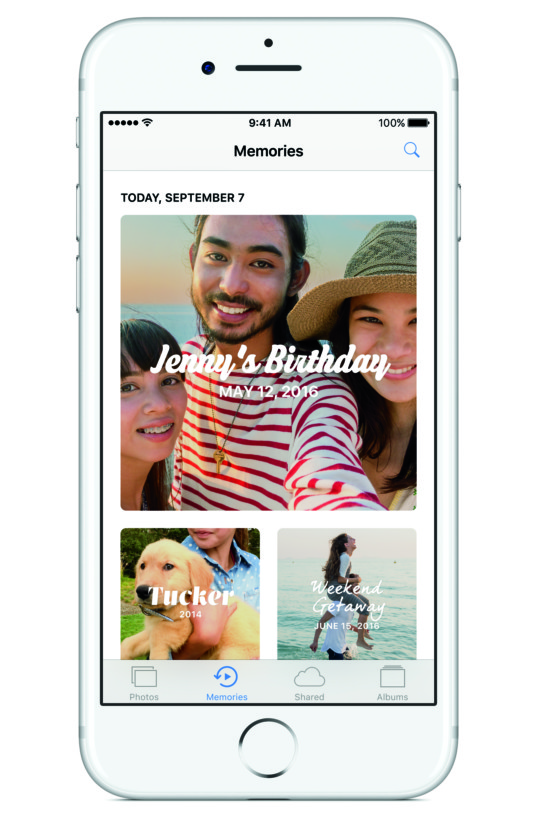 Google Photos has paved the way for smart apps that make people use their photos again instead of just filling up their Camera Roll and never looking back.

Apple’s Photos brings a lot of these features to their own app and it works well. The Memories tab shows automatically generated albums of the various places you’ve been and activities you’ve done. Also, the app now tracks the faces of people in your pictures, creating seperate albums and moments per person.

A big difference with Google Photos is that all of this is done locally, without sending any data to Apple’s servers.

This is the least fun, but the most important reason why you should update as soon as possible.

If you haven’t updated your phone in a while, you might not be protected against some big iOS vulnerabilities like Stagefright. Most of these have been patched in versions between 9.0 and 10.0, but if you’ve been holding off on updating for a while, now is the time.

There are a whole bunch of other new features that don’t deserve their own paragraph but are summed up here:

And of course there are thousands of small fixes that are even less noteworthy, but still very welcome.

The update is now live, and this is how you get it on your device.