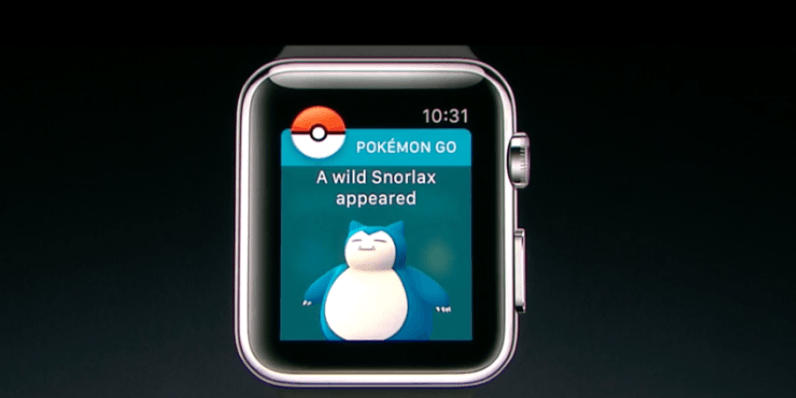 The app will allow players to engage with the location-based game without having to open the app on their phone to detect nearby Pokémon, gyms and other locations.

The company noted that players have walked more than 4.6 billion kilometers while playing the game. It’ll come to the Apple Watch before the end of the year.

In addition, the Pokémon Go Plus wearable, which pairs with your phone via Bluetooth to allow you to interact with the game, will become available on September 16. In addition to keeping you plugged into the game, it’ll allow you to collect new items and catch Pokémon by clicking the button on it, and it’ll use its lights and vibration motor to alert you if there are Pokémon hiding nearby.